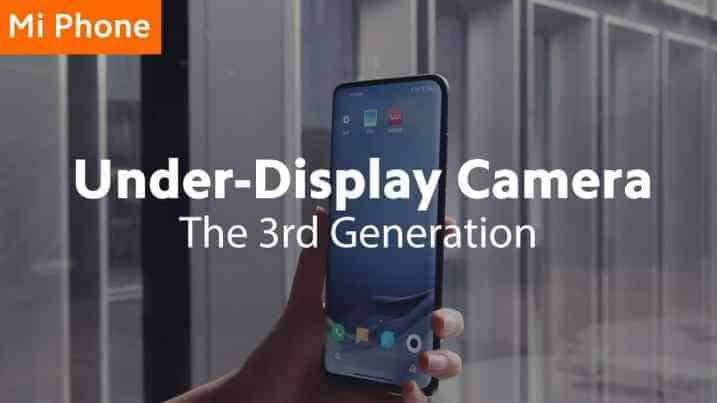 Xiaomi has just released its first-ever video showing the third-generation under-display camera technology, where it has fitted the front camera under the display to give a full no-notch display design. Also, it confirmed that it’s ready for going into mass production starting next year.

After the pixel wars, smartphone OEMs have fought each other over notch styles to give the maximum display size possible. While it could be achieved by just increasing the screen size, it’s still a respectable race for developing typical notches to give more surface and still be effective.

In such pursuit, OEMs like Oppo, Samsung, and Xiaomi developed to tried something new to completely wave off the bezels, notches, and punch-holes. Thus, the first one to come up with a true solution is Xiaomi, probably, as the company has just released a video showcasing its under-display camera technology and confirmed that it’s ready to go for mass production starting next year.

To say, the company has started developing these technologies in June last year but waited till now to see the market mature and achieve tech perfection. And now, it’s finally up confident to include in the next possible flagship. The video showed the difference between a normal punch-hole design worked alongside its new development.

Though both have wider displays, curved screens and better resolutions, the one with no punch-hole seemed a lot better for streaming content or playing games without any interruption. Xiaomi termed it as the third-generation under-display technology and says it was able to achieve this by new pixel arrangement and camera algorithm optimization.