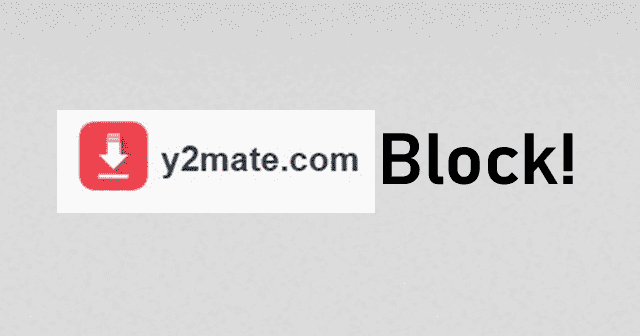 Y2Mate, the popular YouTube-ripping service is showing a shutdown message to visitors in the UK and US since earlier this week.

While the exact reason isn’t known yet, this could be to avoid any potential legal action or takedown notices from copyright houses, as many of them are targeting such services heavily now. Y2Mate garners over 128 million visitors per month.

Y2Mate Shutdown in the US and UK

Though YouTube being the most popular platform for free (or at least ad-supported) music, many are looking for ways to download the content for offline streaming later.

This need gave rise to services like YouTube-ripping platforms, which are luring millions of visitors per month. Amongst them, Y2Mate is a popular site that offers to convert a public YouTube video to MP3 format, and been having 128 million visitors per month.

Most among them are from the US, with over 12 million counts, followed by Mexico and others. While it’s going good for the ripping service, visitors in the UK and US are seeing a shutdown notice when visited the site, since August 1st.

When cross-checked, it was found to be a mere geo-blocking stance rather than a whole ban or shutdown. Also, visitors from other countries are still able to reach the Y2Mate’s service, and it’s unknown why the platform decided to block US and UK visitors.

This could be because of an anticipated ban or attracting unwanted legal actions. While these are so targeted at pirate sites for illegal streaming and hosting unauthorized content, several copyright holders are viewing YouTube-ripping services too as a threat lately.

For instance, RIAA has been constantly targeting Y2Mate for a couple of years with several URL takedown notices and obtaining court subpoenas (1,2) for identifying the Y2Mate’s operators. While the progress on these was still unclear, a bar on visitors from active countries is good for Y2Mate’s future anyway.