Anonymous, the hacktivist group behind numerous political hacks in the past, has just hacked Minnesota’s Senate website. This was part of the group’s support to ongoing protests happening across the US states on the unjust death of George Floyd. The group has previously warned the US government to leak proofs regarding the several high-profile secrets and started with Donald Trump’s already.

With every day passing, the leaks from Anonymous are getting interesting. The group has previously made claims on the Royal Family’s involvement in Princess Diana’s Death, Donald Trump’s, and other high-profile personalities involvement in child trafficking cases, etc. The sudden wake of Anonymous from hibernation is triggered by George Floyd’s unjust death, that happened last week in police custody of Minneapolis. 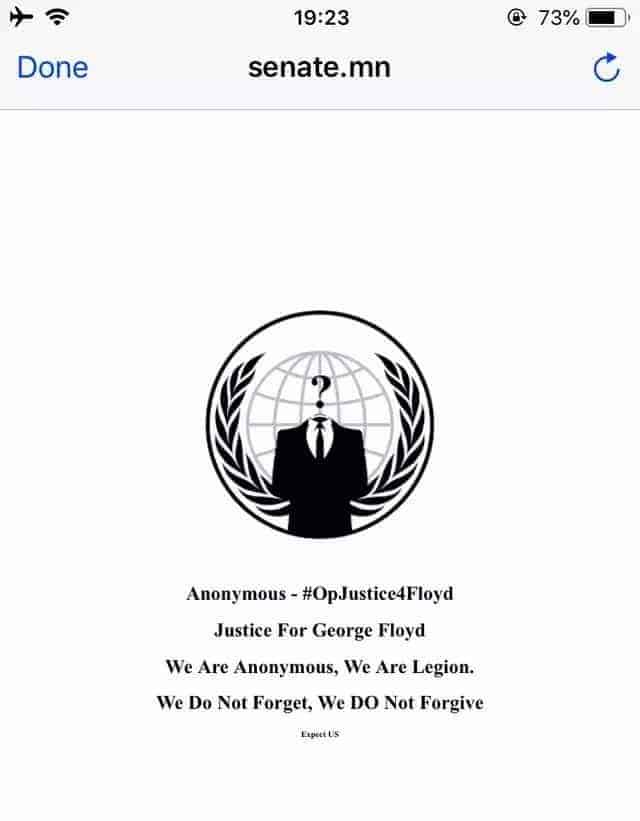 This sparked protests across the nation and the involvement of Anonymous is a big hit. The group has earlier made a video warning that if the government doesn’t act accordingly on this, it would leak evidence for all those crimes the US government has been hiding for years. And this interested everyone. Anonymous started with Donald Trump by publishing his sex trafficking and child rape lawsuits from the past and explaining how he’s related to Jeffrey Epstein.

Further, they have also hacked the radio of Chicago Police and played the song “Fuck tha Police” for a while. And it now hacked the government website of Minnesota at the latest. Minnesota houses the city Minneapolis, the place where Floyd’s death incident happened. The group has played a screenshot of defacing the website and sticking their logo on it. But now, its pulled down by the admins, citing maintenance and now it’s completely offline.