More leaks about Apple’s first-ever foldable phone appear, saying that it is already testing two variants. It has patterned with two Chinese manufacturers to test how these hinged phones will be and what type of display has to be used. Whatever, it clearly suggests that an Apple foldable will come in September 2022. 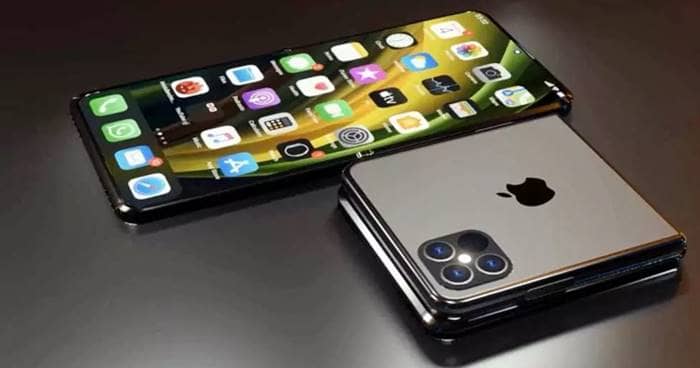 Foldable smartphones are growing to be a new trend. After all, they should be, since the smartphone market is getting so competitive with many OEMs and minor innovations released almost every day. While Royale started the foldable phone trend a year back with its Flexpai, Samsung has wondered with its Galaxy Fold series thereon.

Now, there are many players like Huawei, Microsoft, and Moto coming with their foldable. Noticing the same growing interest among users, Apple too is planning to dip its feet soon. We heard that Apple might bring its first-ever foldable with a regular design like Microsoft’s Surface Duo from earlier leaks.

Also Read- How Old is My iPhone? Find Out Your iPhone Age

This would have a hinge in the middle to hold two separate displays. Now, a new tip by Jon Prosser, a trusted Apple leaker, says there’s yet another variant Apple is testing. This new variant would be Moto Razr’s, which has a clamshell design to flip open the primary screen.

Besides the design, Apple has to decide on what type of display it should fit in. Options here are either the OLED panel or the microLED, an upgraded development that has a promising future with features like saturation and extra brightness at a low power cost.

Well, either of them, Apple has to procure it from Samsung only. Also, any of the final product will be coming only in the last quarter of 2022, since Apple has a lot to deal with meanwhile, like the new 5G handsets.