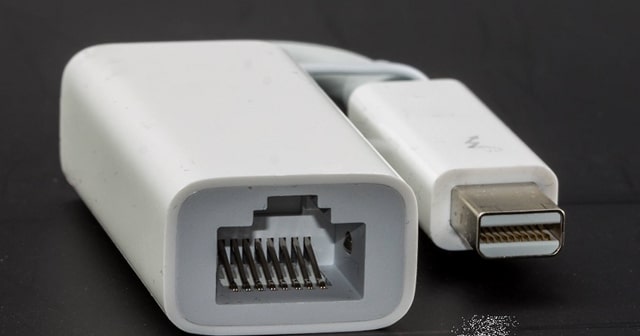 Apple filed a new product with the FCC this week, seeking permission to proceed in making a new “Network Adaptor” for aiding its Apple devices.

From the limited details mentioned in the FCC filing, the new Network Adaptor runs on iOS 15 and has support for two Gigabit Ethernet ports, Wi-Fi, Bluetooth, NFC antennas, and a USB-C port. Further, there’s a 1.5GB RAM and 32GB internal storage too!

A New Network Adaptor From Apple

After discontinuing the AirPort hub, Apple is seen working on another network hub codenamed “Network Adaptor“. This was spotted in the company’s filing with the FCC this week.

Any OEM making a product that’s based on Wi-Fi or Bluetooth should obtain prior permission from the FCC, where the authority tests its integrity before approving it for the wide public launch. Apple sent a sample unit of this new Network Adaptor to FCC on January 22, 2022.

While there are no images of this gadget yet, the details mentioned about that revealed it has two Gigabit Ethernet ports, Wi-Fi, Bluetooth, NFC antennas, and a USB-C port. What’s interesting is the device has 1.5GB RAM and 32GB of internal storage!

There’s even a second variant of this Network Adaptor using a Lightning port instead of USB-C and comes with 1GB RAM. Further, it’s said to be running on a firmware codenamed “19F47,” – which is an internal version of iOS 15.5. With all these features, we assume this device to be super-specced, having Apple’s silicon too.

Apple has requested FCC a non-disclosure agreement until November this year, so we may not see any more official details until then. Well, we can expect leaks to serve us the information often until then. Although, we should also assume that Apple may not bring this device to light after everything!