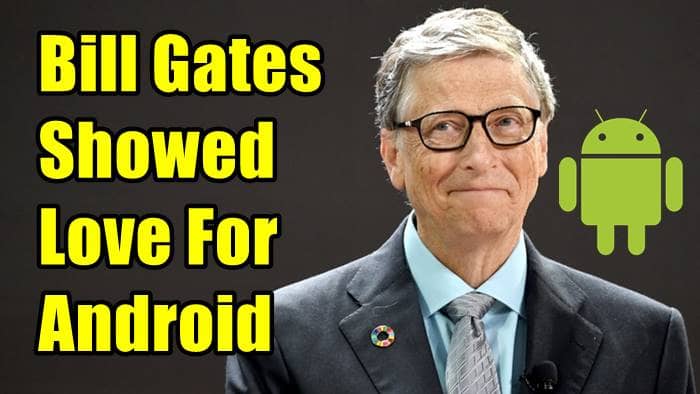 Bill Gates, the co-founder of Microsoft and once the richest person in the world, has revealed to be using an Android phone. Though he didn’t reveal which model he’s using, he confirmed to be preferring Android over iOS, since it offers more flexibility. This was revealed in a Clubhouse chat.

Though the debate between Android and iOS is unending, occasional incidents popup to ally on each other’s side and make the war tough and interesting. One such latest development comes from Microsoft’s co-founder, Bill Gates, who recently revealed that he prefers Android over iOS since it gives him more flexibility.

This is true in sense, as Android is open-source and iOS isn’t. Apple intentionally restricts every basic move in iOS in the name of privacy. While this worked to some extent, iPhone users often complain about the hard friction in its OS. Whereas in Android, you can get a lot of shortcuts to perform a function, and even sideload custom-made apps to tune your experience.

Reasons for such have made Gates stick to Android, as he revealed to journalist Andrew Ross Sorkin and Clubhouse co-founder Paul Davidson in an audio-chat of Clubhouse session recently. He said,

“I actually use an Android phone,” Gates told Sorkin. “Because I want to keep track of everything, I’ll often play around with iPhones, but the one I carry around happens to be Android. Some of the Android manufacturers pre-install Microsoft software in a way that makes it easy for me. They’re more flexible about how the software connects up with the operating system. So that’s what I ended up getting used to. You know, a lot of my friends have ‌iPhone‌, so there’s no purity.”

Right immediately, Clubhouse co-founder revealed that an Android version of the app is in pipeline, which could be hitting the market in a couple of months. As of now, Clubhouse is an iOS-only app and allows only people with invites.