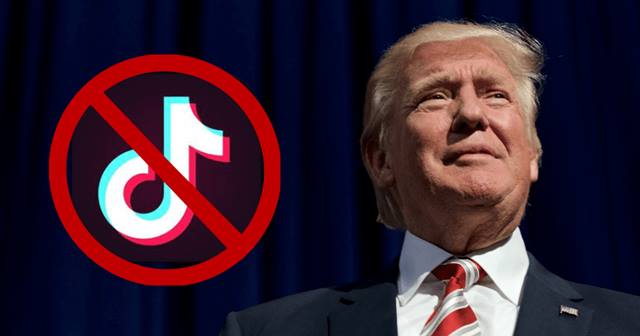 The US President, Donald Trump has just revealed his plans of banning TikTok in the US. This could be done as soon as tomorrow, as per the persons familiar with the matter. This news comes after the Wall Street Journal reported Microsoft planning to buy the US part of the TikTok.

In a press meeting outside of The Shite House today, the US President Donald Trump has just revealed to ban TikTok from the US altogether! Responding to a question from Air Force One, he said:

“As far as TikTok is concerned, we’re banning them from the United States.”

This revelation comes after numerous reports from several high-profile candidates like US Secretary, Mike Pompeo announced earlier that Trump’s administration is thinking of banning the app in the US. Further, reports from several researchers and firms have exposed critical security flaws in TikTok, making authorities believe it to be a Chinese spy.

This announcement is also contrary to the report of The Wall Street Journal, where the American news firm said Microsoft is in advanced talk with ByteDance to acquire the US wing of TikTok. Many have suggested that blanket banning of TikTok isn’t an option, as we cannot eliminate the popular video firm.

Instead, cut off from its parent company ByteDance and setting up as a pure American firm can help, since it’s supposed to establish data centers in the US, thereby closely monitored by the authorities. But, Trump’s announcement today has completely quashed these speculations.

Senator Marco Rubio has applauded Trump’s move against TikTok, and senators Richard Blumenthal and Josh Hawley has sent a letter to Assistant Attorney General John C. Demers asking for an investigation into the possible privacy violations made by Zoom and TikTok.