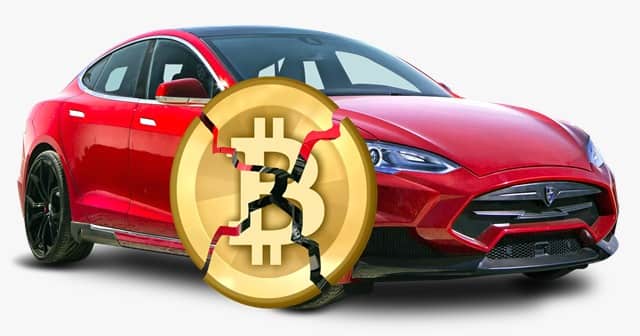 On a shocking but reasonable note, Elon Musk announced that Tesla would not accept Bitcoin for purchasing its EVs anymore! This is because of the unfavorable impact of Bitcoin mining on the environment, which leads to the rapid use of fossil fuels causing the worst emissions. While it’s suspended now, Musk said they might reconsider this decision once the “mining transitions to more sustainable energy.”

Now You Can’t Buy a Tesla With Bitcoin.

As if creating waves in the Dogecoin world isn’t enough, Elon Musk now falls on Bitcoin and pretty much everything on the cryptocurrency market! He just announced that his EV company, Tesla, will not accept Bitcoin for vehicles since it adversely impacts the environment.

Bitcoin, created through a hardware-intensive mining process, uses large amounts of energy. As this mostly comes from fossil fuels indirectly, encouraging mining can degrade the natural resources rapidly. This, in turn, causes the worst emissions into the environment, especially coal.

This sudden announcement triggered the investors as Bitcoin is down by 5% just 15 minutes after his tweet. It’s now back to $51,000 and continues to fall at a rapid pace. Other relying altcoins too followed this pursuit include the Dogecoin, which Elon Musk has been praising for the last couple of months.

Although, Musk said, “Cryptocurrency is a good idea on many levels, and we believe it has a promising future, but this cannot come at great cost to the environment.” Further, they assured that Tesla’s investment in Bitcoin isn’t altered by this decision, as they continue to hold them.