After months of testing, Facebook has finally rolled out a new UI for its website version that ditches the classic UI. While it’s simple and clean, few users complained about removing the good old classic layout since its good. One such developer has created a Chrome extension to fool Facebook in believing the user browser as old, thereby showing him the old layout again.

Facebook’s Old Layout Can be Used Even after Removal

Though companies race with new features like dark mode to attract their customers, they sometimes ignore what their people like. A move of such made by Facebook recently is shifting to a new UI, where it completely revamped the old layout of the Facebook website. This was announced by Facebook in its last year’s F8 conference and finally rolled out recently. 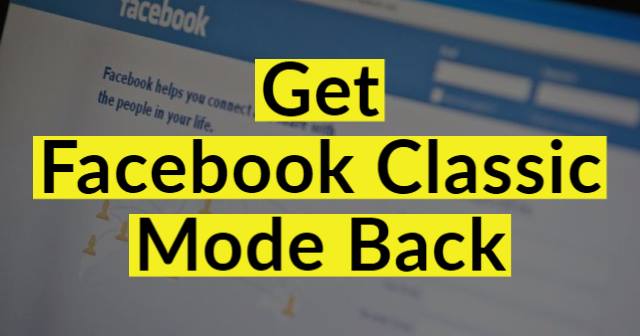 Though the new UI design made things clear, it’s still accused by users for making it default. Since so many users have adjusted to the old classic layout, they’re now taking time, or unable to settle with the new UI.

In this situation, a developer named Matt Kruse came up with a browser extension called “Old Layout“, where users can bring back Facebook’s old classic layout.

This works by tricking Facebook to view the user’s browser as an old one, thus displaying its old layout to them.

Since the new UI is made for updated browsers, it won’t be showing up on old versioned browsers yet. Users may be asked to update the browser while using this extension so that they could be shown on the new Facebook page.

To try this feature, head onto this extension’s official website and install/add the extension. Users don’t need to configure any settings to see the change. All you need to do is adding the extension to your browser and open/refresh the Facebook page. It works on all Facebook pages to show their old layout.