After testing in beta for over four months, GitHub finally supports uploading videos to its platform across all devices. Users can now upload .mp4 and .mov videos to GitHub in pull requests, issues, discussions, and more. GitHub hopes that this new support will help maintainers reproduce a bug more clearly to the followers or let developers explain how their new feature takes shape.

With millions of people relying on GitHub for hosting and sharing code, it’s sometimes hard for people to understand the context or to reproduce a bug/feature on their side. And developers who write context themselves for requirements and explanation for working mechanism may not sometimes be helpful to users. 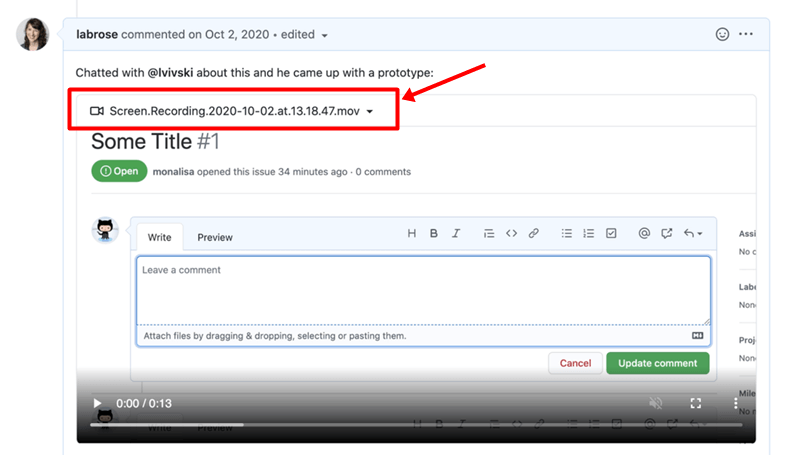 Thus, to avoid such hurdles, GitHub brings a much-needed feature to its platform – video support. This should help the developers make things simple and users who are seeking a simple explanation. And in specific, GitHub hopes the following things are made out of this new support;

To code maintainers who often deal with many chat messages with the collaborators in understanding the bug, explaining them with a video can simplify the process and cut time. This makes the development faster since it’s easy where the bug has been occurring.

Developer can “share more details about complex code changes with colleagues by providing video code walkthroughs, demos of functionality, and another important context to maximize their review feedback,” according to GitHub.

Developing a new feature isn’t useful if the user isn’t excited about it. And to make him understand and excite before trying, developers can make a video on how their new development works.

GitHub said users could upload .mp4 and .mov videos to pull requests, issues, and discussion forums, for better collaboration. Also, this support is coming to GitHub on the web, Android, and iOS clients at once.