After all these years of ignoring, Google has suddenly announced a new feature exclusively for Android tablets! Named Entertainment Space, this surprise move comes first to Walmart’s ONN tablets initially and may soon be adopted by other OEMs gradually. The Entertainment Space is exactly what it’s meant – an aggregate of all the available entertainment from various apps in one place.

A New Feature for Android Tablets 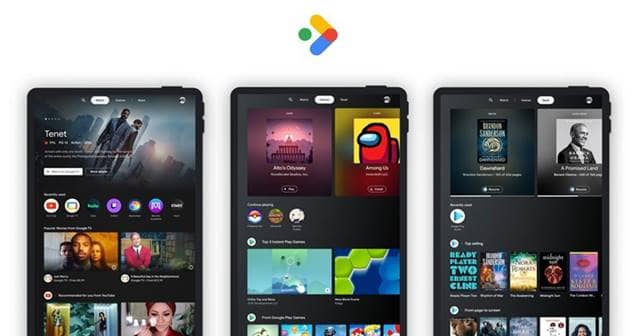 When smartphones are competing with high-end specifications, people are still buying Android tablets that are ignored by OEMs once sold. May this is for the large screen or ease in usage, the tablet market is somehow growing along with the smartphone market. Considering that, Google has just announced a new feature exclusively for Android tablets – Entertainment Space.

Google defines it as a “one-stop, personalized home for all your favorite movies, shows, videos, games, and books.” The Entertainment Space is generally an aggregated section of all the available entertainment from your apps on the tablet. It categorizes the content as Watch, Games, and Read tabs.

In the Watch tab, you’ll be seeing the list of movies, TV shows, etc., from various streaming services like Google TV, Twitch, Prime Video, etc. They’ll be shown in trending and suggested items based on your preferences. The next tab, Games, is self-explanatory.

Under the Games tab, you’ll be seeing all the available games to play, where clicking on interested ones will to you the Playstore to other relevant apps directly for playing. Also, some apps you can play right in the Entertainment Space without downloading.

Finally, the Read tab will house all the books for reading. This seems to be taken mostly from the Google Play Books, but you should be going directly to the apps like Kindle if you need a full-fledged experience. Also, there are audiobooks available for listening, but not Audible! This feature will be rolling out to Walmart tablets starting this month and will soon be set into eligible existing and future tablets.