Google is all set to redefine the Android app format from regular APK to a new Android App Bundle system, which gives Google more power over the app ecosystem.

The Android App Bundle runs on a Split APK concept, where it will push only the required software elements for the device, thus reducing the wastage of code. This will be processed and maintained by Google’s Playstore. 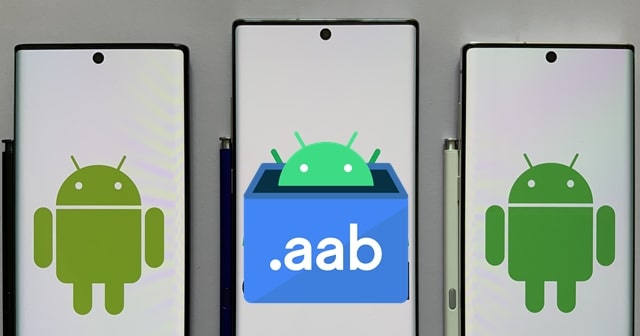 Ever wondered what code does an APK file contains? An app developer will stuff in various elements like features and support software code into an APK file – a general zip file that can be unpacked by your device for running it.

As the Android ecosystem is wide and huge, Android apps, in general, have a lot of software code within their APK files to support run on various devices. These may include supports for over 150 languages, several screen resolutions, and four different CPU architectures (ARMv7, ARMv8, x86, and x86_64).

A developer when publishing an APK file to Google’s Playstore will be stuffing all these elements, hoping it would be compatible with any Android device if sideloaded. As this could increase the app’s size and make it hard for budget handset users, Google is now taking a new step to alter it.

First announced in 2018, Google now reminds Android app developers via the Developer blog to make their future apps on the new Android App Bundle (AAB) format. All the existing apps will remain in APK format but will be converted into AAB format later.

The new AAB format is more like a Split APK concept, which Google Playstore managing this system will store all the elements as said above, but will puke out only the necessary elements for the specific device downloading that app.

For example, a device attested by Google Playstore to be of a specific kind will only pass out the app files relating to it – like a specified screen resolution, language, and CPU architecture code. While this makes the app run only on that device, it will help the whole package to reduce the size by 15%, as per Google.

This complicated but sophisticated format helps Google to gain control over the ecosystem more, as it has Playstore capable of cloud software that can process all this stuff. Any other company replicating this type of distribution should have similar capabilities, which is unimaginable as of now.