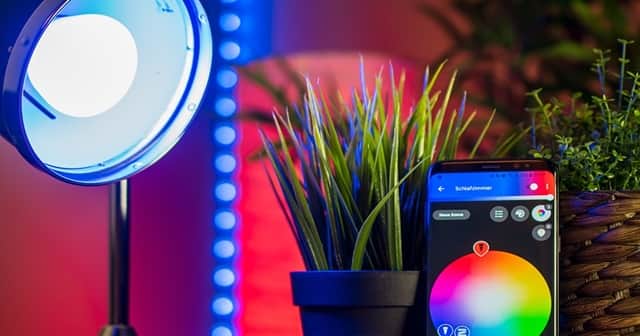 Extending the functionality of its voice assistant on the smart devices, Google will let users schedule the on/off of connected smart lights.

The Google Voice Assistant on smart speakers, displays, etc., will be able to schedule turning on/off the lights as per users’ command for later. Google has announced this feature early this year and rolls out to everyone now.

Google’s voice assistant has been quite helpful if you know what you can do with it. The voice assistant is a core part the all smart home devices, which lets users control the connected things remotely. Out of them, smart lights are getting extended support now.

As reported by Android Police, users of Google’s smart displays and speakers can now schedule the connected smart lights for later. To date, they’d let users turn them on/off only when called out. But now, they’ll be able to schedule for later with accurate commands.

While Google mentioned that users could schedule the lights for the next 7-day span, it doesn’t seem to be working yet. As Android Police tested, they set lights only for tomorrow, but not for later.

Also, it said the commands should be given accurately to avoid surprises. When scheduling for later, users should mention a particular place and time. As for missing the place may Ignore the command at all; missing the time may let lights be executed at any given moment later.