After receiving several complaints on the loan lending apps from both users and government agencies, Google has finally cracked down on these apps in Playstore India. The company has removed some of the apps and asked others to submit the information that they’re in compliance with the local laws, as they were using predatory practices in their business. 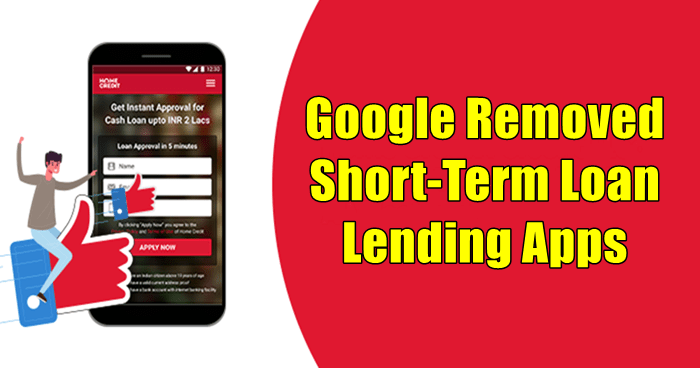 Short-term loans are a big business in India. While most happen in villages among people with fair rates, a new trend is the online lending of such with sky-high interests. Since unwitting users like students and teens crave out money to satisfy their petty temporary needs, there are some fraudsters cashing upon them.

There are hundreds of such short-term loan lending apps in India, with many being downloadable from official app stores of Google and Apple. They start out attracting users by asking for minimal paperwork and quick transfers but ask permissions to access their contacts and impose heavy interest rates covertly.

Since these unsuspecting users accept their lengthy unreadable terms, they’re often harassed by these apps (or their appointed recovery agents) in several ways to reimburse themselves. One popular and disgusting way is calling up the contacts of victim’s to embarrass him, and asking them to push his friend to pay them!

While government agencies have pulled a few of such businesses down, it’s Google now cutting their access to the people for good. After receiving complaints from the government agencies and victims, Google announced that it’s delisting some of such loan lending apps, and gave notices to developers of remaining apps to testify themselves.

It has asked the apps to prove that they comply with local lending laws and said it would allow apps of such only if they have the full repayment tenure of 60 days or higher.

Also, such apps have to disclose all the key information like the minimum and maximum periods of repayment, the maximum Annual Percentage Rate, and a representative example of the total loan cost.