Not long ago the Bluetooth SIG has restored their deal with Huawei. But it seems like Huawei no longer needs it. As per the latest talk of the town, Huawei has developed its own Bluetooth technology. Huawei is planning to launch this technology with Honor 20 series, according to the rumors. The website Weibo is the first one to come up with this information.

X-BT AKA Super Bluetooth- The  Rumored Name of This Technology

According to the reports, this technology will stay connected up to 138 meters without any connection errors. An official Honor twitter handle has shared the same news and said that this rumor is not completely correct but the Huawei lovers are going to get a lot of surprises in the launch event. 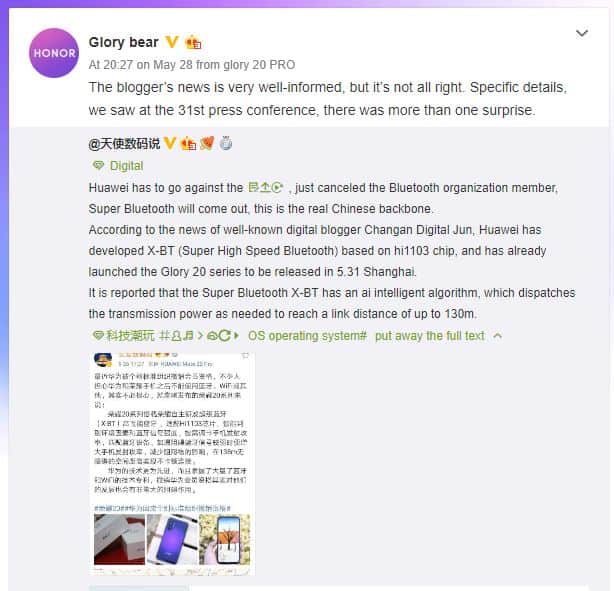 The main thing that we are bound to observe here is, the rumors are stating that the technology will be available on the Honor 20 series which was launched in London back on May 21st but there was no mention of this technology back then.

The launch in China is just a day away so everyone is waiting to know about technology and other surprises.