A 17-year old kid hailing from Kharar, Punjab had secretly spent over 16 lakh rupees from his parents’ bank accounts to buy PUBG items. The money was spent in terms of several microtransactions, for in-game items like costumes, weapons, abilities, etc. These would give the player an added advantage over his rivals. The boy’s actions resulted in him working in a scooter repair shop, as directed by his parents!

PUBG has grown as the most addictive game in recent times. The battle royale game which was started less than four years ago is now played by millions around the world. And stories of players facing harsh consequences are surfacing now and then. Here’s a story of one such kid, who is just 17 years old from Punjab, India, covertly spent about 16 lakhs from his parents’ bank account for in-game assets! 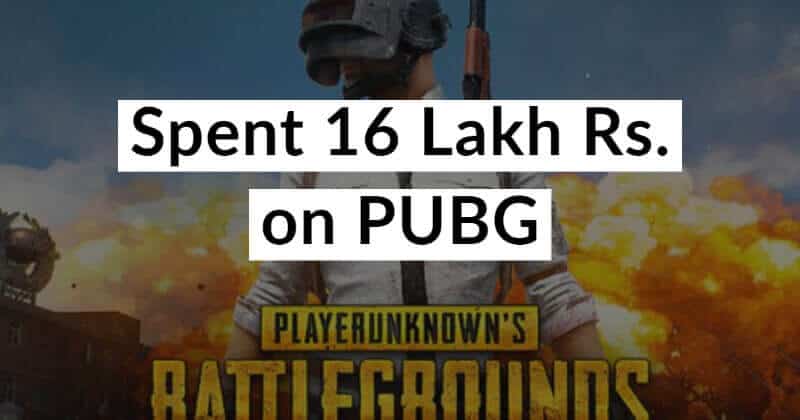 In terms of PUBG, developers cash on its popularity by selling some virtual items like Royal pass, weapon skins, player costumes, premium crates, and much more. All these are valued at in-game currency as UC Money, which can be bought by spending real money via cards or other payment methods. And these assets motivated the kid, who spent about 16 lakhs from three bank accounts, in just one month of starting the play.

While asked about spending more time on the phone, he defended himself saying it’s for online classes, but playing and stealing money! The blues father said,

“We never knew that he was using our accounts for playing a game. Even the police didn’t help us as my son had deliberately spent it. He spent around 2 Lakh Rs of her mother’s PF amount which she transferred to the bank recently. I had kept some amount in his account and a majority of the amount was in my non-salaried savings account. All of it was gone in no time.”

Further, “I just can’t let him sit idle at home and cannot give him a mobile phone even for studying. He is working at a scooter repair shop so that he realizes how hard it is to earn money. I am hopeless now as the money was saved for my son’s future.”