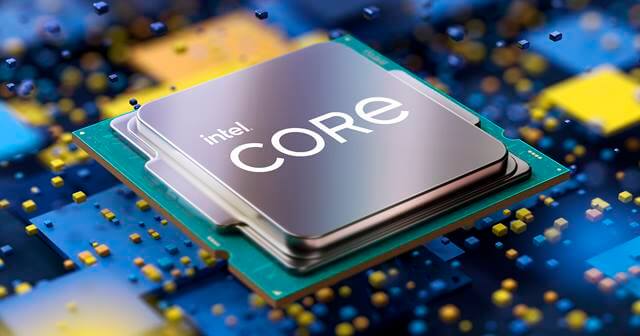 Intel this week is preparing to unveil its upcoming Intel 4 process technology, which is the 7nm standard for semiconductor processes.

This will be the first Intel process node leveraging EUV lithography and is said to produce over 20% performance gains at the same power consumption as Intel 7 now. Chips based on Intel 4 will be of 14-gen Meteor Lake, scheduled for production in Q2 next year.

At this year’s IEEE Symposium on VLSI Technology & Circuits event, Intel is gearing up to launch its long-awaited EUV-based process node – Intel 4 technology that can outperform the competition. From the leaked papers that Intel is going to talk on, we’ve come to know that its upcoming process node – Intel 4 – double the achievable transistor density relative to Intel 7.

Intel 7 is what we’re having now, where chips are based on 10nm Enhanced Super Fin (10ESF). Compared to it, the upcoming Intel 4 process node-based chips are said to perform 20% better, with the same consumption rate as Intel 7.

Further, Intel 4 is even said to reduce the power consumption by 40% compared to its predecessor. All this is because Intel is finally leveraging the EUV (extreme ultraviolet, or soft x-rays) lithography instead of the current deep-UV immersion lithography.

This has long jammed the performance of Intel chips, but the company kept on using deep-UV lithography to reduce the manufacturing costs. But now, with the likes of Pat Gelsinger, Intel CEO, the company is finally using the more efficient EUV lithography to produce its next process node – Intel 4.

Intel paired this new node with 14th-generation Meteor Lake client CPU architecture, and the production of chips based on it will commence sometime next year. Intel will share more details on Meteor Lake chips at the Hot Chips 34 conference, scheduler in August.