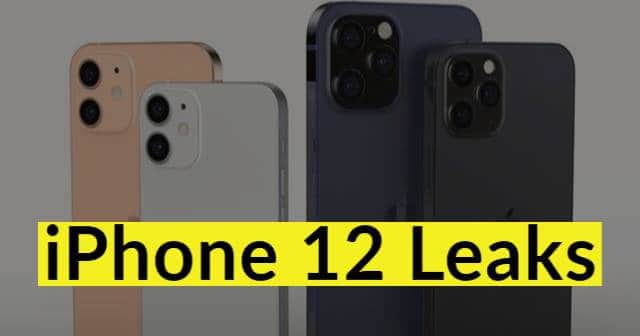 With every day passing by, we see new leaks of the upcoming iPhone 12 series. The latest of this includes a leak from a Chinese source, which shows the back panel of one the handsets in the iPhone 12 series. The image shows three major holes representing the camera lens, two small and one tiny hole probably for LiDAR scanner, microphone and the flash.

As per MyDrivers, the new rear panel of one of the handsets from upcoming iPhone 12 series could look like below. This could of iPhone 12 Pro Max, the high-end of all four from the series, since it has three major cuts for three rear cameras, two holes for LiDAR scanner and a flash, and one tiny cut for the microphone, probably.

According to specifications leak, the three rear cameras could be; a 12MP as the primary sensor, followed by a pair of 12MP cameras as an ultra-wide lens and a telephoto lens. The front camera too is of 12MP, as per leaks. Further, it’s called to be sporting a 6.7″ OLED display with 120Hz refresh rate. Also, it runs on the latest 5nm based A14 Bionic chip with 6GB of RAM and 256GB or 512GB onboard storage.

Apple has already revealed that the iPhone 12 series launch will be delayed, and leakers claim to it be few weeks at least. The latest claim by a trustable leaker is the set for October 12, since the next-generation Apple Watch and iPad will be taking up the September launch.

Besides these, the new iPhones will be coming with 5G, which may not be reflected to increase the pricing since it’s offsetting it by decreasing the price if components and excluding charging adapters and earphones. This could push the sales of AirPods and individual purchases of fast charging adapters.