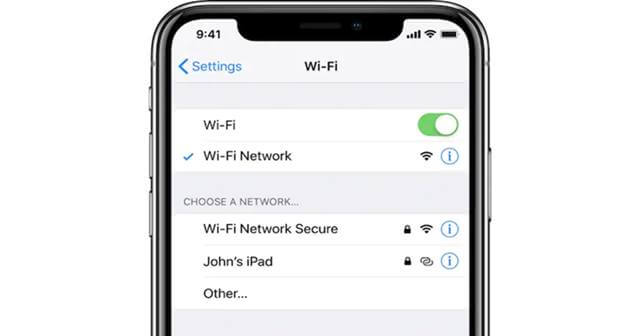 A WiFi bug with a percent symbol in its access point name is crashing the iPhones nearby that WiFi range, making the support useless.

A similar bug was discovered last week but was solvable through simple measures. However, the second iteration of this bug discovered now is more serious, as it doesn’t need any interaction and is hard to solve.

While we, like everyone, hope Apple leaves fewer bugs in its products than other OEMs, the ones left are serious and dumb at the same time.

Last week, a reverse engineer named Carl Schou discovered a WiFi bug in iPhone, which affects all models. A per him, connecting to a WiFi named as
“p%s%s%s%s%n” will have the handset’s WiFi option disabled.

This was trailed by many and proved to be true. This is because connecting to an access point having a % symbol in its name may break functions in the iOS code, thus making the WiFi support useless.

Though most avoid using a % character in their WiFi names, this proved to be a serious problem and never recommended to try out. Well, resetting the phone’s network settings to default has recovered the things anyway.

You can permanently disable any iOS device's WiFI by hosting a public WiFi named %secretclub%power
Resetting network settings is not guaranteed to restore functionality.#infosec #0day

But, that’s not the actual case. The same researcher has discovered yet another similar bug, which has hard recourse. According to him, connecting to a WiFi named “%secretclub%power” can dump the WiFi functionality altogether in iPhones.

Some reports also tell that specific interaction with the said WiFi network isn’t necessary, but being in the range of it can be an issue too. Well, while users are recommended to stay away from such access points, a recourse for this issue is said as follows;

Users affected by the second bug should back up their device and reset the whole handset to recover the WiFi support. Or, try removing the said WiFi network and its related information from the com.apple.wifi.known-networks.plist, repack it, and restore the device.

Some have tried restoring from iTunes, too but may lose data if not backed up before trying the trick. So read out Apple’s official support guide to restore an iPhone through iTunes before doing so.