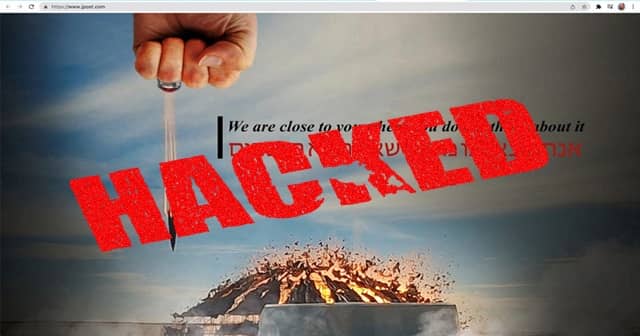 Marking the anniversary of Iran’s military general – Qasem Soleimani, a pro-Iranian gang has briefly hacked the websites of Jerusalem Post and Maariv.

These two are popular Israeli newspapers, having reach into both English and Hebrew language readers. Hackers have laid an image illustrating a missile coming out of a ring, and blasting a Dimona nuclear facility of Israel.

Hacking on the Death Eve

Since his assassination, many Iranians have vowed to avenge their leader’s death and performed protests, hacks against a few websites, and passed open threats to Donald Trump, then US president who orchestrated the attack. While they’re vigilant, the pro-Iranian hackers are now targeting Israel, a close friend of the US.

Also their neighboring country, the hackers have successfully defaced the website main pages of Jpost (Jerusalem Post) and Maariv – two popular newspapers of Israel. Though it was for a brief time and the sites were recovered now, hackers posted illustrations of Soleimani’s vengeance.

As per the online images shared of defacement, a ballistic missile was being shot from a red ring (depicting the same ring and hand of Soleimani) and blasting Israel’s Dimona nuclear facility. Also, they wrote,

“We are close to you where you do not think about it” in both English and Hebrew.

This isn’t the first time a website defacement was orchestrated. Last year, pro-Iranian hackers have targeted the US Federal Depositary Library Program (FDLP) website too, defacing it for a while.

Images of Trump’s face being punched and other threats were illustrated. Targeting dormant government websites or online newspaper have been the aim of many petty hackers, to show they’re serious in attaining vengeance.