This week, Kali Linux gets its first version of 2022 – v2022.1 released by the Offensive Security team. The updated version packs a few new features and visual refresh as notable changes.

One of its features is the wide SSH compatibility, which tends to support even the legacy apps through access to older restricted algorithms. Also, there’s improved ARM support and a few new shortcuts for quick performance. 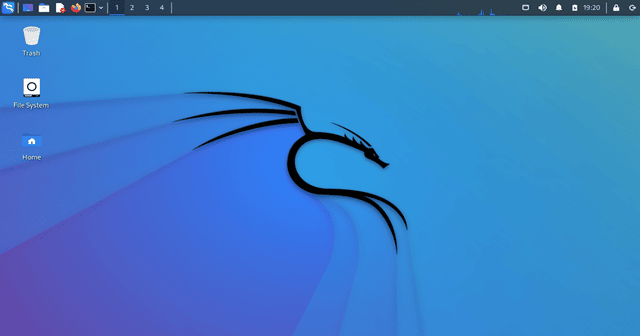 The OS worshipped by ethical hackers and penetration testers gets an update from the maintainer’s Offensive Security team. This will be the first upgrade (v2022.1) the Kali Linux is getting this year and comes with a host of new features and design changes. These include;

In terms of looks, the new version adds new backgrounds for the desktop, boot displays, login, and even for installer windows. And in terms of features, broad SSH compatibility is a notable one. To date, Kali Linux has blocked access to insecure encryption algorithms, as they pose security risks to OS.

But since these are essential for testing the old applications (needed for penetration testers), the new version of Kali Linux opens doors for these older algorithms and ciphers to communicate with legacy applications and services. Unfortunately, they are still disabled by default and need manually switched on through kali-tweaks.

This wide SSH compatibility mode will let access to the legacy key exchange algorithms like the diffie-hellman-*-sha1 and old ciphers like the CBC. Aside from this, new features include;

And the new tools in this version include;

Further, there’s expanded support for ARM by fixing bugs and adding additional packages. These include patches to RaspberryPi Bluetooth other than Zero 2 W.

Well, if you’re already running a specific version of Kali Linux, you can follow the below commands to upgrade the OS.

Once done, check and upgrade the version number through the following command;

And if you’re a fresh installer, download the ISO images of v2022.1 on your system, and follow the instructions steps as shown on screen.