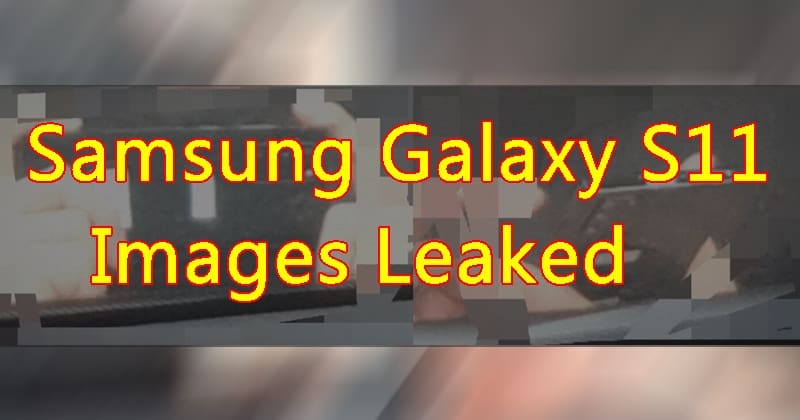 Samsung’s Galaxy S11 is the next flagship series coming from the South Korean company. While it’s expected to launch officially in February next year, the periodical leaks are traditional. Here’s what we got lately. An image of S11 with a leak-proof case.

This was surfaced by leakster Ice Universe. He tweeted a not-so-clear image of Galaxy S11 with a leak-proof case protecting it. He further revealed that Galaxy S11 Plus would be sporting a 108MP camera with 1/1.3 inch aperture! Such powerful spec can now beat the top camera phone in the market, iPhone 11 Pro.

Further rumours are that Samsung would be using a better imaging sensor within, than its current ISOCELL Bright HMX. This should be producing better images than what we’re having now.

Another leak describes the display to feature HDR 10+ and supports 120Hz refresh rate. That’s what most of the gaming phones have. While the general lineup of S11 series shall have fine imaging sensors, the premium version, probably Galaxy S11 Plus shall sport an iconic 108MP camera with 5x optical zoom support.

With updates from Gadgets now, Samsung’s Galaxy S11 is expected to have a massive 6.7″ (and higher depending on variant) display with Exynos 990 or Snapdragon’s latest 865 SoC as chipset. Further, a 108MP primary sensor with other rear sensors, the Galaxy S11 series is said to be the real modern phone of the future.