Linus Torvalds, the founder and principal developer of Linux kernel continues criticizing Intel for not giving the value to the price it’s brought for. Blaming Intel for no ECC policies, he claims to be happy with his frankenbox, a build he made based on AMD Theadripper 3970x which gives more bang for the buck. 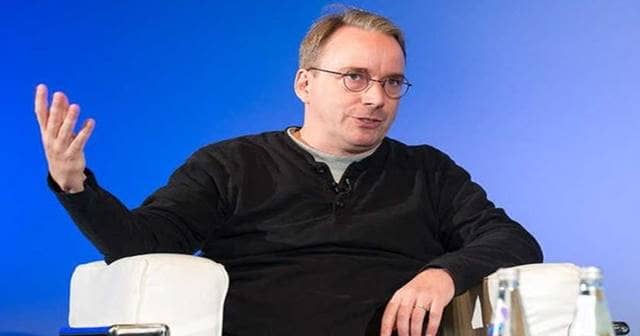 Linus Torvalds has been using Intel processors for over 15 years now and shifted recently to AMD processors since he felt the yields are better with the latter. Now, in the Real World Technology forum, he once again blasted Intel for being inefficient, while praising AMD for the best value of money.

Saying he’s very happy with AMD these days, he admitted not understanding Intel’s math regarding their Xeon server CPUs. It’s like “you get twice the CPU for five times the price,” he said. So using the Intel consumer CPUs till last year, he finally moved onto AMD build with Theadripper 3970x CPU.

In terms of yield, he said the pricing of AMD’s Threadripper “twice the price for twice the CPU,” while also saying that “you end up paying more for the accouterments” like motherboard and cooling. He also talked about AMD’s server series – Epyc processors, which offer relative output for the extra price paid.

He applauded that AMD “doesn’t try to screw you over and limit their non-server parts,” and get you the “ECC for Threadripper (and plain Ryzen) too, even if it’s not necessarily ‘officially verified.” This is heavily debated by Linus as he complained Intel isn’t providing the ECC.

The Error Correcting Code (ECC) in memory will automatically detect any memory errors if happened, thus it’s important. He appreciated AMD for making it available in all their chips and blamed Intel for completely wiping it out from their chips.

He explained this basing on rowhammer attacks that happened in past, where “Intel and memory manufacturers bleated about how it’s going to be fixed next time.” Thus, he said “Intel has been detrimental to the whole industry and to users because of their bad and misguided policies wrt [with regards to] ECC. Seriously.“

He equally blamed memory manufacturers too, for evading it saying for economics and lower power, but put major blame on Intel, and even said “Intel was pushing shit to consumers.” This reaches a conclusion that Linus is much happier with AMD chips, and not going back to Intel anytime soon.