As a part of every big companies’ routine, Mega to publishes an annual transparency report which shows the statistics of its performance and actions done throughout the year. Today, it has published its 5th annual report that discloses the number of takedown requests, uploads activities, law compliances, etc it has processed.

Since its inception in 2013, Mega has grown into one of the prominent cloud storage providers with the company currently housing billions of user files. It serves its users via Mega app or web-based applications that are supported for Windows, Linux, macOS, Android, etc.

Hailing from New Zealand, Mega is the only cloud provider that’s offering free storage of 50GB! It’s premium plans as Pro Series starts from as low as €5 offering 400GB to all the way up to €30 for 16TB. On the other hand, it rivals Google, Dropbox, Alibaba, Apple, etc gives a portion of what Mega gives.

It’s cheap plans and huge storage space has what attracted customers to dump their files into its cloud. It’s so massive that, there are over 63 billion files currently being stored in Mega servers, with at least 500 files bring uploaded every second!

Since its initial year of 2013, Mega has overgrown storing from 600 million files to more than 63 billion files in 2019. It emphasizes going according to the copyright authorities of New Zealand’s Copyright Act, DMCA, and Copyright Directive. Further, the takedown requests received from these authorities are well-considered and acted within its set-limit of time, with serious requests are being disabled access within 4 hours.

Just in the first nine months of 2019, Mega has processed over 317k takedown requests. Ever since its inception, it has taken down hundreds of thousands of files every year, with peak actions that happened in 2014.

Further, as law authorities are turning more and more concerning about handling the infringements takedowns, Mega has its own policy of handling this issue. After operating the Five-Strike policy till 2015, it has now changed to a stricter Three-Strike Policy, where any repeat infringers are given three warnings over copyright infringements and taken down their accounts. As of 2019, Mega has closed about 78,000 accounts on such issues, the report says. 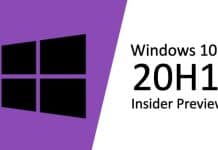