In its latest transparency report, Mega reported that it has suspended over 565,000 accounts for hosting and sharing objectionable content. Also, it said to have terminated over 95,000 user accounts for repeated copyright infringement, based on its three-strike policy. The reports state the takedown of accounts and links are stable as compared to earlier records. 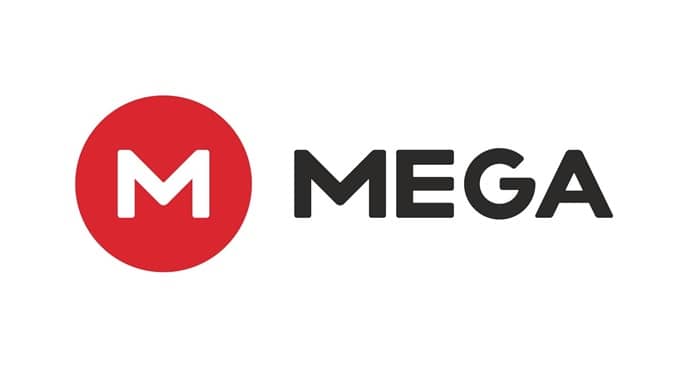 Mega, the Auckland-based cloud storing platform is seen as the best alternative to Google’s Drive and Dropbox. Mega is reasonably popular as its counterparts, with over 87 billion files being hosted on its servers as per its latest transparency report. It has over 200 million users spread across 200 countries. 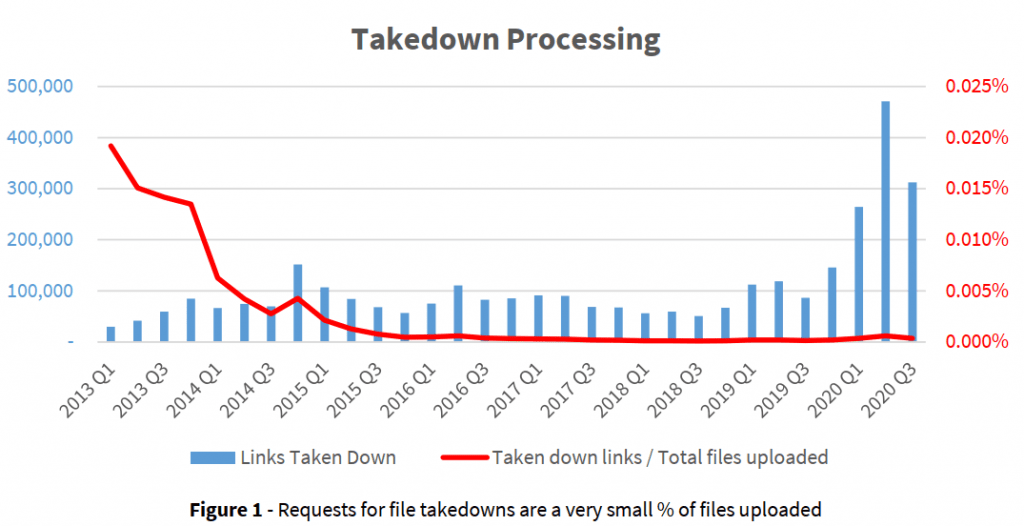 Taking about Infringing content and removal practices, Mega said to react for any takedown notices within four hours but mostly in minutes! It follows a three-strike count since 2015 (earlier five-strike), to act on complaints. Under this, any account receiving three or more notices of hosting or sharing infringing content in six months will get banned.

Well, this is not always the case. Mega gives users the chance to appeal back for any complaint received. If they can justify that complaint is irrelevant or not against rules, they can get back their account and that would not be counted as a strike. Also, Mega said these takedown notices in 2020 have stabled, and in par with past years. 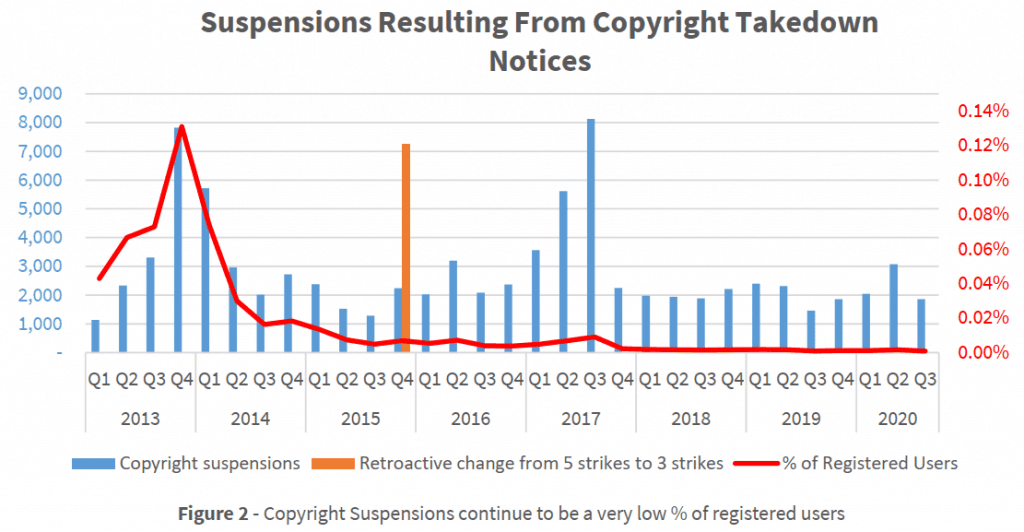 Yet, the numbers are huge where Mega acted on. It has removed over 95,000 accounts for repeated copyright infringements and suspended over 565k accounts for hosting and sharing objectionable content like child exploration videos. While these numbers may seem huge, they’re low when compared to its huge user base.