Months after testing in the preview channel, Microsoft has finally rolled out the complete suite of Microsoft Defender for individuals this week.

This is actually a software dedicated for enterprises earlier but now brought to individual-level since many have been asking Microsoft. Users with Microsoft 365 subscriptions can download and log in to their accounts to safeguard their devices from harmful files.

To protect corporates from falling prey to unwanted hacks and breaches, Microsoft made a dedicated threat protection suite called the Microsoft Defender – which is packed as a part of the Microsoft 365 suite.

Though this Microsoft 365 suite is available for individuals, the company didn’t include its Defender suite at an individual level, hoping that they’d be sufficient with general Windows Security – which comes by default to everyone running on a genuine Windows OS.

Yet, people weren’t satisfied and called Microsoft to provide them with the Defender software. This led Microsoft to tweak and test an individual-level Defender suite early this year and roll it out now to everyone!

Users having a Microsoft 365 Personal or Family subscription can download this app from respective app stores (1, 2) and login to it with their Microsoft account – and keep tracking their devices’ security in one place.

The Microsoft Defender isn’t just a dashboard of tracking but also offers instant security alerts whenever something suspicious is detected.

Future, it offers regular tips to keep your devices secured all the time. Microsoft Defender comes with its own malware protection engine, which doesn’t apply to platforms that have something like this built-in already. For example, Windows and iOS devices have default malware protection.

Microsoft said it’ll be pushing more updates to the Microsoft Defender for individuals in the future, making it more helpful to those needed. 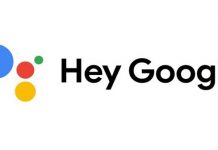 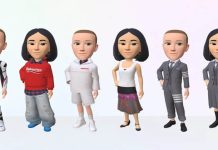