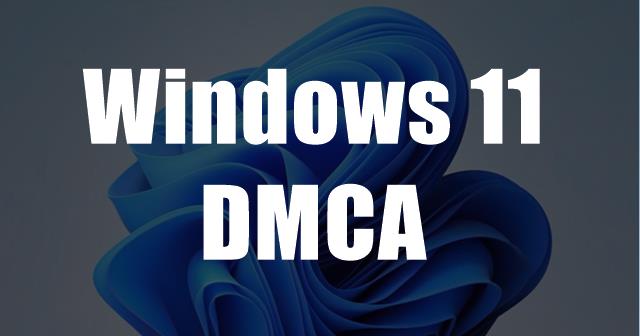 The leaked build of the upcoming Windows 11 has triggered the community so much that, thousands have downloaded the ISO image and tried their own.

And most of those who tried shared their reviews and even encouraged others to try for themselves. As it’s getting out of hand, Microsoft jumped in with takedown notices to bar users from distributing the leaked copies.

While Microsoft and the Windows community are so excited about the upcoming Windows event, scheduled on June 24th, an unfortunate leak of the event’s core purpose shook everyone.

Earlier this week, we’ve seen a pre-beta build of Windows 11 OS being leaked and shared on various internet forums. While the origin of this leak is unknown, it has widely been amplified by tech influencers and media houses.

This led many to try and further distribute the unofficial OS, which might kill the authenticity and excitement of the original counterpart. Thus, Microsoft, though late, jumped into action by sending takedown notices to relevant platforms distributing the leak.

One of them is Google, where Microsoft asked the company to take down content (leaked build) stored in one Google Drive. While Google complied with it, it’s interesting to see that Microsoft named The Verge as the source of distribution, as it posted an article regarding it, instead of the Drive itself.

Google was further asked by several other companies, probably on behalf of Microsoft, to takedown URLs distributing the leak. One prominent one is the complaint against Beebom.com, a tech media site that wrote an article on this.

The news publisher has shared an article titled “How to Download and Install Windows 11 Right Now” along with the download link, which infuriated Microsoft as they sent a DMCA notice to take down the source.

This led Beebom to pull down not just the downloading file, but also the whole article. Yet, the damage has already happened, as thousands of people have already installed the leaked build and sharing their experiences on various platforms.