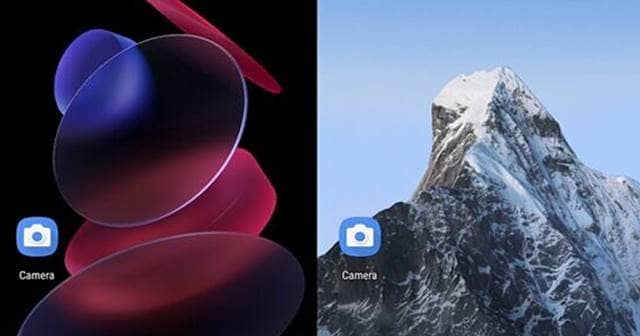 Making the MIUI 12 more popular, Xiaomi has released two new live wallpapers in the latest update. These two, named Snow Mountain and Geometry, have slight animation when unlocked and worth trying. As usual, a member of the XDA group has ported these two live wallpapers to support any non-Xiaomi Android smartphone.

Since its launch, MIUI 12 has been constantly developed to be more featureful, secure, and amazing. After launching a bunch of live wallpaper in the early versions of MIUI 12, Xiaomi has now come up with two more additions – Snow Mountain and Geometry designs.

Right after the rollout, these two live wallpapers are tuned to support any non-Xiaomi handset running on Android 8.0+. These were ported by linuxct, a member of XDA developers who previously ported the initial Super live wallpapers in MIUI 12. He shared these with a note of how to activate them.

Brrr, it's so cold up here… I wonder how many people will want this brand new Snow Mountain Super Wallpaper 👀

This will be my last release of the year, and it's coming really soon, so stay tuned! 😊 pic.twitter.com/CWaEQHXzBX

Users interested in trying out them should download the APK, he said, and install it. After this, you’ll be able to pick the new live wallpapers from the stock wallpaper picker from your phone. If they don’t show up, Install the Google Wallpaper app to apply these wallpapers.

Talking about the wallpapers, the Snow Mountain one is more of my favorite since sharp and has animations when unlocked. It zooms out a bit from the mountain top and even changes colors based on the time. And the Geometry, it’s too is a live wallpaper and has several geometrical shapes moving around.

Though it doesn’t change any colors based on time, you have two variants of this – dark and light to pick as desired. It should also be noted that your phone better supports the OpenGL standard to run these live wallpaper animations as intended.

These don’t run on handsets bearing chipset like MediaTek, Exynos, and Kirin, due to a different OpenGL ES implementation.