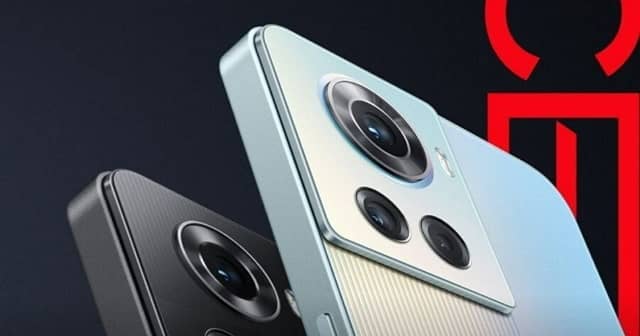 As we wait for OnePlus to launch its next set of smartphones, an XDA developer has released the unwatermarked HD wallpapers of the upcoming OnePlus Ace/10R.

And by the specifications leaked to date, XDA is able to connect and confirm that OnePlus Ace is just a rebrand of the OnePlus 10R, and be launching in other markets around the same time. Core specifications and color variants of this handset are already known.

OnePlus has already confirmed that it’s launching two new smartphones and earbuds later this month in India, without revealing their names even. Yet, the community understood this would-be OnePlus 10R and OnePlus Nord CE 2 Lite, and the OnePlus Nord Buds.

Get your hands on the power of getting more from life with an array of OnePlus devices. Launching on April 28. Stay tuned!

But, there’s also one more phone that’s being touted online – The onePlus Ace recently. And by the specifications leaked till now, XDA links it to be the same as the OnePlus 10R! This is a common practice done by smartphone OEMs depending on the launch markets.

So, in India, it’s the OnePlus 10R (with the model name CPH2411/Pickle). And in China, it’s the OnePlus Ace (PGKM10). This phone is said to sport a 6.7″ FHD+ display with a centered punch-hole camera, a Sony IMX766 as the rear primary camera and is powered by MediaTek Dimensity 8100 SoC.

One of the biggest edges of this upcoming smartphone is the 150W fast charging support for its 4,500 mAh battery, which kay currently be the fastest in the industry. After this, Realme is expected to launch its GT Neo 3 with similar features, but with a different CMF.

While the OnePlus Ace/10R is yet to come, a recognized XDA developer going by the handle name mlgmxyysd, has released static and live wallpapers of the OnePlus 10R/Ace. These are unwatermarked and available in full resolution, with live wallpapers being in MP4 format. Follow the guide on how to set a video as live wallpaper on your Android device.