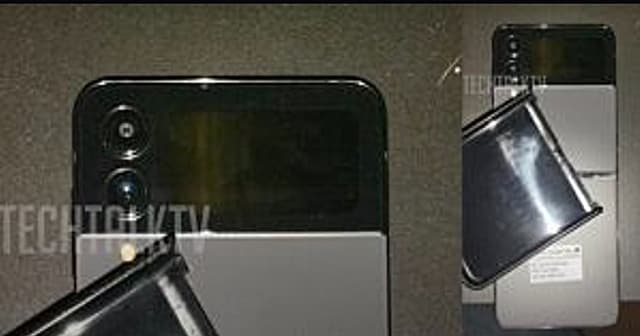 Continuing the steady stream of leaks of Samsung’s Galaxy Z Flip 4, we now have unofficial renders coming from a YouTube video, showcasing the entire handset.

Courtesy to TechTalkTV, the video showed the Galaxy Z Flip 4 having a smaller hinge, slightly larger external display, and a thin crease when folded – compared to its predecessor. While this leak the external view, internal specifications of this Galaxy Z Flip 4 have leaked already.

Carrying the success of its foldable Galaxy line-up, Samsung is working on making the next foldable – Galaxy Z Flip 4. While it’s expected to launch sometime later this year, leaks regarding the handset are leaking regularly to reveal almost everything.

The fresh ones in this pursuit are the unofficial renders of Galaxy Z Flip 4, shared by the YouTube channel TechTalkTV. As per it, the renders show the Galaxy Z Flip 4 having a smaller hinge when compared to its predecessor, Galaxy Z Flip 3.

This is a prominent one, as it reduces the overall weight too. Aside from this, other images show the handset having a reduced crease when it’s folded, and also a slightly larger external display. Well, this can only be differentiated when this (Galaxy Z Flip 4) is compared aside from its predecessor.

Apart from the physical body design, interior specifications of the Galaxy Z Flip 4 have already been leaked. These include housing a Snapdragon 8 Plus Gen 1 chipset from Qualcomm, an 8GB RAM, and a 256GB internal storage.

It’s said to come with a 6.7″ interior display, that supports a 120Hz refresh rate and HDR10+. The exterior display is estimated to be of 2.1″ AMOLED one. With two rear cameras outside and a front camera within, this phone is said to carry a 3,400mAh battery, which is slightly better than its predecessor.