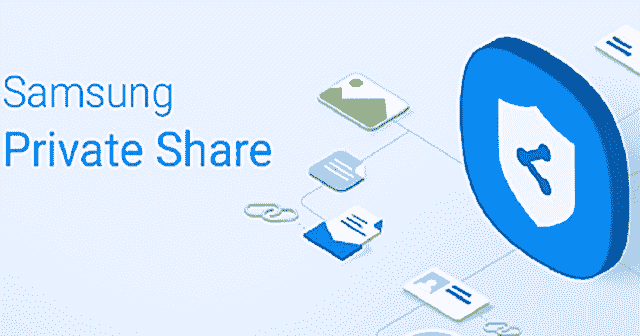 Samsung released an update to its Private Share app to expand the support for sharing bigger files and to more people.

With this update, Samsung Galaxy device users can share files worth 100MB simultaneously with 20 people, securely. Also, it makes it easier to edit file names and the recipients’ lists while sharing files.

Similar to Apple, Samsung is slowly making its ecosystem exclusive and strong by adding some Galaxy-only features regularly. Some of them are Buds Auto Switch, App Continuity, Keyboard share, etc., And now, a secured file sharing app called Private Share.

One of the app’s features includes a read-only mode, where the shared people are only allowed to view it, and can’t alter it. Further, there are options for no forwarding, no screenshots, etc, and even setting an expiry date for the files that are shared.

And now, a new update to the app (version 1.1.20.21) expands the functionality to more people and data limits. Samsung bumped the current sharing limit of 20MB with 10 people to upto 100MB with 20 people simultaneously.

Further, users can choose the recipients from the contacts app, and also edit the file names and recipients’ lists while sharing files. This service needs both the users (sender and receiver) to have this app installed and create a private tunnel for sharing files.

Private Share uses the device’s advanced security features like the Biometrics and security section to send files in a read-only mode.