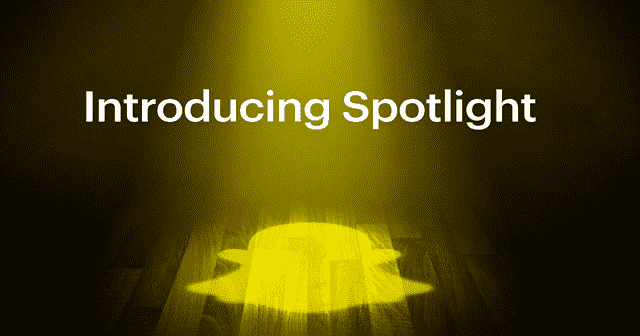 Entering into the TikTok’s craze lately is Snapchat, which has announced its short-video recording feature called Spotlight. Under this, users can record a video of upto 60 seconds with all Snapchat filters and features, to release it for their community. These will be featured in a separate section of the Snapchat app, and the popular creators will be rewarded too!

Snapchat Spotlight – A Mirror of TikTok

TikTok’s core functionality of letting users make short-video recordings has been quickly taken up by other popular platforms. We’ve seen Instagram launching Reels and later YouTube introducing Shorts. And now, Snapchat too shows up with its own version of short-video recording – Spotlight.

Snapchat has popularised many features that were taken by other platforms too. For instance, it introduced disappearing messages and stories, which were picked up by WhatsApp now. And now, following the trend, Snapchat’s Spotlight will compete against TikTok in all ways. It’s available in 11 countries initially including the UK and US.

Users will be able to record a 60-second video using all Snapchat’s features and filters and upload it to their timeline. This will be showing up in the explore tab set dedicatedly for Spotlight in the app. Users will be shown a suggested Spotlight video based on their past interests.

Also, Snapchat announced a $1 million reserve to encourage popular creators in the Spotlight. Popular creators are chosen by Snapchat based on the unique views they’re generating. Launching this, Snapchat said, “We designed Spotlight to entertain our community while living up to Snapchat values, with our community’s well-being as a top priority.”

Further, “Spotlight content is moderated and doesn’t allow for public comments.” It’s interesting to see all social media platforms picking up the same trend and pulling users to perform from their stage.