While most of Apple’s announcements in yesterday’s WWDC event were exciting, few were not. Especially, the so-called new features in iOS 14. The latest software for iPhones is having many features that are existing in Android for years, yet Apple fanboys celebrate them be all new. Here’s a list of top 5 features in iOS 14 that seemed to be copied from Android. 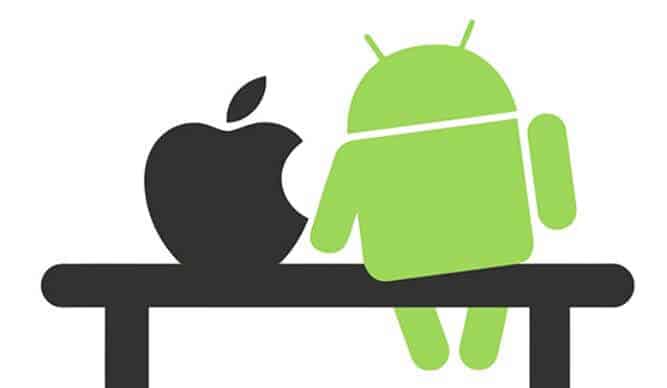 Starting with the assistant, Wind Down Mode in iOS 14 is available in Google’s Android for years, on the name Routines. This will let users set a time to wake up and sleep, thus making arrangements to lead wake/sleep smoothly. Functions here like playing soothing music and tuning into Do Not Disturb Mode are automatically scheduled as per timings set.

Clashes with Google’s Translator, which has been in the wild for years. iOS 14 brings a new dedicated Translator app for iPhones, that can translate in 11 languages. Whereas Google’s Translator can help with over 100 languages, and even translate sentences. Further, this new update can also translate web pages in Safari, which is also available in Chrome for a decade.

After years of protesting, Apple finally allows users to switch away from their default Mail and Browser apps. This means users can set Gmail and Chrome or others instead of Mail and Safari apps. While its counterpart, Android has never restricted users with rules and lets them migrate to their desired apps.

Apple’s new iOS 14 will now organize apps according to categories, like Facebook and Twitter in Social folders and Messenger and WhatsApp in Chat folders. This can help the user to reach the desired app quickly. Further, iOS 14 lets the user drag and set widgets onto the home screen and set aside apps. They can even be resized and placed as desired. This level of customization is available in Android for years.

For Apple multitaskers, this could be helpful. Now playing YouTube videos and media over other apps is available on iOS 14. Thus, instead of switching apps for texting and watching, the new picture-in-picture support will overlay the window onto another app. It’s too available in Android for many years.