Since Microsoft has earlier announced that there would be no Windows 11 and after, the ongoing battle is just between the several iterations of Windows 10 only. And the recent report from AdDuplex revealed the usage of several Windows 10 versions today. 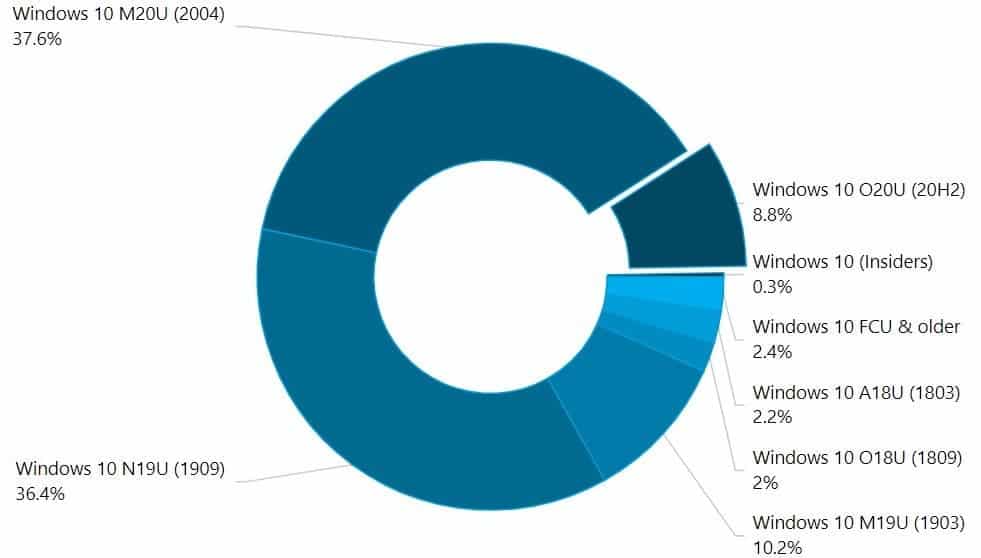 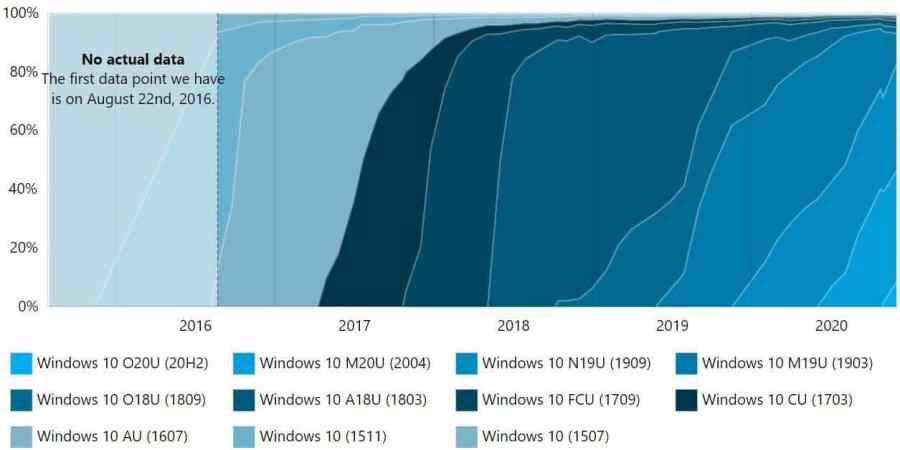 Also, Windows 10 1903, which was launched in spring last year has rank three, with a 10.2% share. This version has rapidly lost share because Microsoft is updating the users in v1903 to v1909 automatically. And this caused the v1903 to lose about 22% in October alone.

All these numbers could change when Microsoft announces to launch Android subsystem support next year. It’s touted that the company is working internally to develop support for running Android apps in Windows 10 PCs, which may require users to be on the latest version to try, thus pushing v20H2 up or 2021 versions.