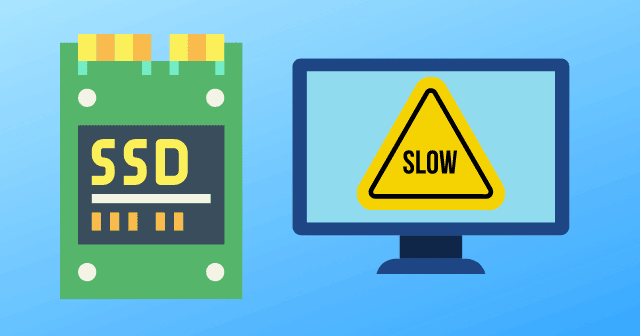 If you plan to do anything that requires fast sequential computing, installing an NVMe SSDs drive would probably be the best upgrade in terms of raw speed. However, you might be in for a great disappointment if you also choose to use Windows 11.

It has been over two months since Microsoft released the program to OS users, but this system has had a fair share of defamation due to its poor performance on some SSDs. According to reviews from windows 11 users on Reddit, this OS program runs 50% slower than Windows 10. Microsoft acknowledged this issue months before the program was released.

Reasons Why Windows 11 Slows Down Some SSDs

It is not quite clear what causes this problem. Some of the possible causes include;

Some users speculate that the problem purely affects computers with NVMe SSDs due to a bug in Windows 11 that affects the driver’s performance. However, other Windows 11 users who have not installed this driver have observed that Windows 11 is slow in areas such as computer booting, the right-click menu, and file explorer. Others issues observed included overheating of the computer and fast battery consumption.

Although Microsoft has not implemented a specific solution to this problem, the recent development on this system, which is still under testing, shows that disabling virtualization-based security (VBS) and the animation effect under the accessibility options increases the performance of the operating system. Below are other tips on improving the performance of your computer’s Windows 11 program.

Having several unnecessary applications or programs could slow down the Windows computer booting. So, to speed up Windows 11 boot, you need to disable all unnecessary programs in your pc from the startup tab. After disabling the programs, you should restart the computer and check whether the problem has been resolved.

Windows 11 OS has an inbuilt turn-on fast option that enables you to enhance the boot-up timing of your computer system. However, this option often slows down the computer when it is enabled. So to increase the speed of your pc, consider turning off the Fast Startup option. Please restart the computer once it’s off and see whether the problem is resolved.

If the issue of Windows 11 slow performance increases, you could try migrating the Windows 11 OS to SSD. This migration reduces the booting time and improves the performance of the pc. Before the migration, ensure that you have enough space on the target destination.

The migration process of OS to SDD deletes files. It removes existing storage partitions in your computer, so if you do not have sufficient space in your target location, back up important data in an external hard drive in advance.

5. Use a Different VPN or Disable the One You’ve Got

But this could predispose you to cyber risks. The same, if your VPN do not have many servers, your Windows can be slower. VPN-Windows compatibility is not an issue for modern computers. However, if your computer has old specs or if you use an old router, it may not quickly encrypt your connection. So, you might need an upgrade your router or PC for a quicker internet connection.

You could also try to resolve the issue by increasing the C drive space using reliable and intelligent disk partition management software. You could use this software to allocate, move or resize space to increase the capacity of the C drive.

Windows operating system develops temporary files in your computer when the computer is performing a certain task. This allows the computer to be organized and enables the user to perform the same tasks quickly. You could solve the slow speed problem by deleting temporary and corrupted files.

There are many reasons why Windows 11 slows down computers, especially those that use SSDs, and several ways of solving the issue. However, Microsoft has yet to develop a specific fix for the problem. So, until they do, it is prudent to uninstall windows 11 and go back to windows ten until Windows 11 is completely tested and stabilized. 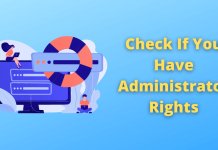 How to Check If You Have Administrator Rights in Windows 11 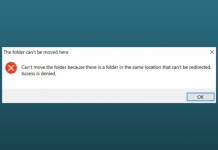