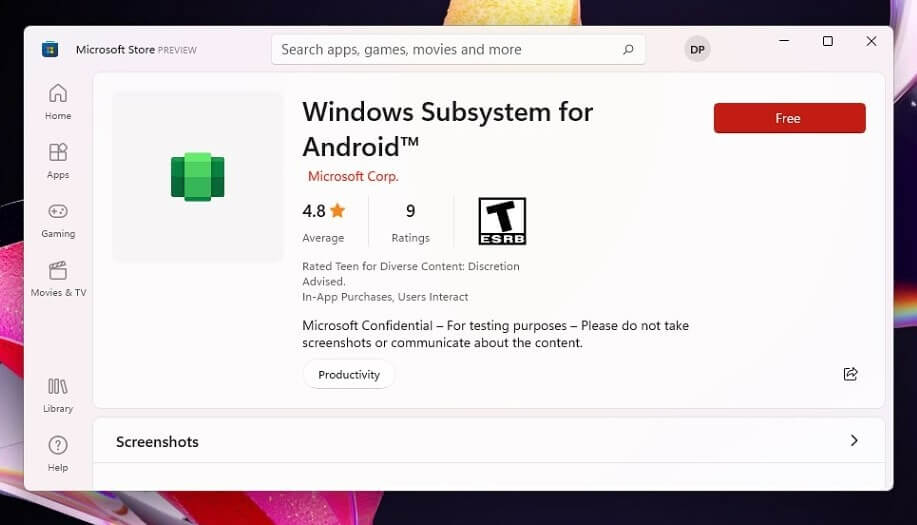 Microsoft rolled out the June 2022 feature update for Windows 11 Insiders this week and adds several networking functionalities to the Windows Subsystem For Android.

Some of them include adding support for IPv6, VPN connectivity, and letting the apps access ARM capabilities. In addition to this, there are a number of bug fixes noted by Microsoft in this update. Well, there is only one available for US Windows Insiders, running WSA on Windows 11.

One of the primary reasons why the Windows community is liking Windows 11 is the addition of the Windows Subsystem for Android. This lets users run Android apps natively on their Win11 system or on x86 emulation, based on their hardware resources.

Since it’s a hit, Microsoft is rolling out new features to develop it even further. In this pursuit, the June 2022 feature update brought a number of changes to the Windows Subsystem for Android (v2205.40000.14.0), as below;

Starting up, the WSA for Windows 11 Insiders (only in the US) gets support for IPv6 and VPN connectivity. These granular controls enhance the networking functionalities. Plus, Microsoft now allows apps to access the local network devices for ARM computers.

While these are the main ones, here are all the bug fixes and new features coming to Windows Subsystem for Android in Windows 11;