TikTok has grown so controversial in recent days. While it’s simply been accused of being a Chinese app, new allegations report that TikTok is strong spyware, that’s being used by millions in wild. Adding to this, the famous hacktivist group Anonymous is now poaching onto TikTok, calling the community to uninstall the app since it’s Chinese spyware.

Knowledge needs to be a human right.

The in-attributable Anonymous group, which is now live again on social media after the death of George Floyd, is rallying against TikTok. Though these accounts on Twitter and other social platforms cannot be linked to an original group (if exists), they’re still praised for campaigning for social justice. And now, an account under this name with a significant number of followers has targeted TikTok! 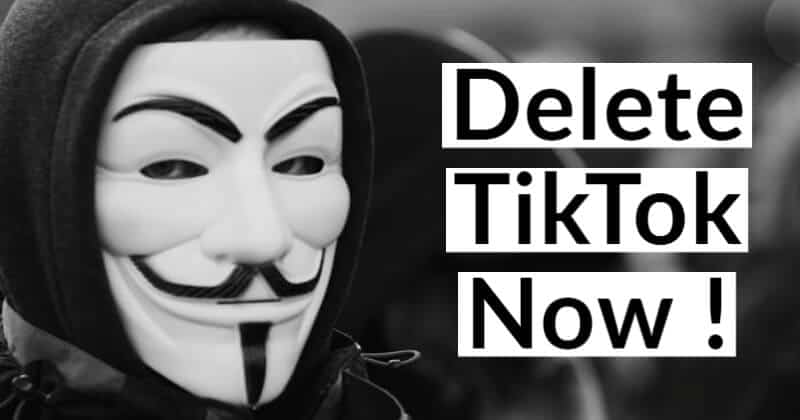 The grand short-video app hailing from China is having over two billion installs and at least 800 million users worldwide. Many have turned to this because of its interactive video making and ability to grow popular overnight. But, that’s not the case recently. TikTok has strangled in security and privacy scandals, including the one Apple’s latest OS surfaced. The iOS 14 enlightens users about TikTok’s covert ability to read the clipboard content aggressively.

Further, there have been issues that TikTok isn’t using a sacred way of transporting the user traffic, and has loose security measures in safeguarding the user data. Moreover, a recent post of a Reddit user claiming to have reverse-engineered TikTok has more astonishing facts. The Chinese app was found to be capturing almost all the profiling data of a user’s gadget, which is overkill to a short-video making app.

All these reasons sum up to result in many countries avoiding it. Indian government especially has banned TikTok and 58 other Chinese apps earlier this week, citing security reasons. Further, Anonymous has found the app to be malicious, after finding an account of their name which doesn’t belong to them. And after finding many reasons as above, the group is now actively pushing users to uninstall the app.