With the passage of every single day, the situation between Iran and the US is heating up and is worrisome for all the citizens. While there are very few expecting a physical war, experts and many believe the rise of Cyberwarfare soon and is alerting everyone.

Until someone breaks the ice, tensions of what either of nations does to each other are terrifying everyone. Though it seemed like the conflict between these two nations, citizens all around the globe fearing the worst may happen, World War 3!

That may not be the case, at least soo early. Iran’s nuclear and military capabilities are far low compared to the United States’ but to say, it’s somewhat equivalent in Cyber. Considering this feature, experts, think-tanks, analysts etc warn industries to tighten up their security firewalls and monitor for potential hacks. 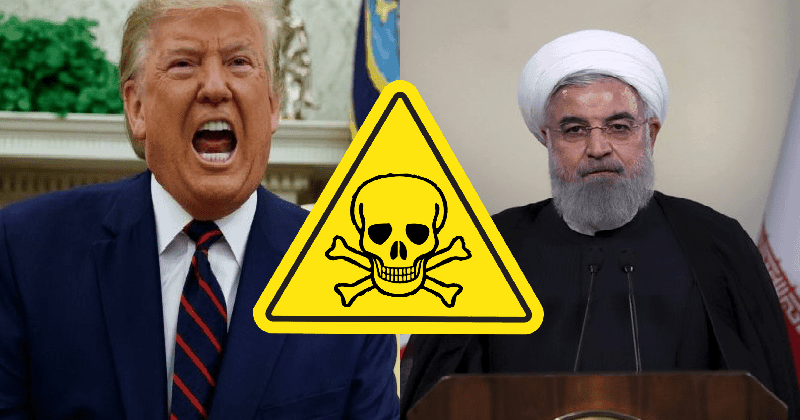 Soleimani’s assassination rose vengeful anger in Iranians. Iran has already retaliated through internet by defacing one if the US’s government website. And just this morning, Iran’s state-owned television that’s telecasting the Soleimani’s funeral has stated a grand $80 million bounty for those who get the head of Trump! Further, Iran’s supreme leader Ali Khamenei pledged to their people to seek harsh revenge over their military commander’s death.

Considering such reactions, the aggrieved nation would generally target their rival as a whole rather than the individual. So, assuming the attacking on huge services that serve the nation would reap them better results than hitting individuals. Researchers at Cyber Security firms and Intelligence teams warn industries to safeguard their networks with hard firewalls. Their urging of updating to latest updates and patching vulnerabilities can help them avoid Cyberattacks.

Threat weapons as Stuxnet, Shamoon, Stonedrill can hit hard on the company’s servers and take over entire networks in hours. Recent reports of Cyber groups as APT33, APT39, Charming Kitten, CopyKittens etc are linked to Iran, who many play their role actively this time. Experts warn employees of all companies to be sceptical about almost everything at this peak time and be sensible before clicking on suspicious links or opening/replying to emails.

Past attacks on American banks as Bank of America, Capital One and a Dam near New York are few instances depicting Iran’s Cyber capabilities. Jeopardizing US public and their growth by disrupting facilities like transit, logistics, healthcare, municipal etc could be their main targets now. As John Hultquist, FireEye’s Intelligence Analysis Director said, “The purpose is to signal to Americans that they can reach out and touch us.”