TechDator
Home News Facebook for Android to Get Dark Mode, COVID-19 Stats and Other Features...

After working enough on its subsidiaries, Facebook is now focusing on its core Android app to bring Dark Mode, COVID-19 stats, and other features. As tipped by 9to5google, Facebook’s new version of Android could have the COVID-19 stats dashboard, a Quiet Mode similar to Time on Facebook, revamped UI, and most importantly, the Dark Mode.

Facebook last month has polished its Desktop site with new features, and now, it’s set to make similar changes to its Android app too. 9to5google was able to find some new features on the upcoming version of Facebook’s Android app. And it reveals to be bringing the much wanted Dark Mode and other features. Checkout;

Dark Mode is requested but demanded by any community these days. Many app developers have stuffed thus feature into their apps, and even Facebook did with WhatsApp and Instagram a long back. It even passed this feature into its Desktop mode, Facebook Lite app, and Messenger too. And now, it seems to be working on what’s finally left. 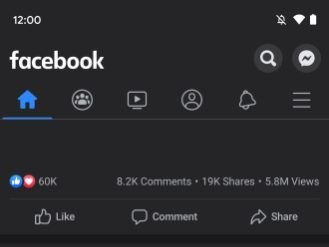 The actual Android app is yet to receive this Mode and may get it soon. It’s found that Facebook didn’t set a pitch-black background, but rather a dark-grey one. Further, users can decide to activate the feature manually by toggling or adjoining with the system settings. 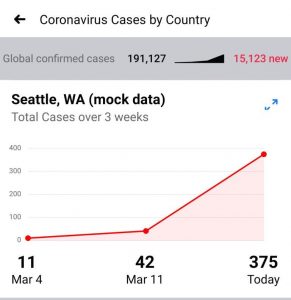 This one’s helpful, at least in these times. Users can check their regional statistics of COVID-19 in graphs, which spans over three weeks. They can also set to see their country and world stats. 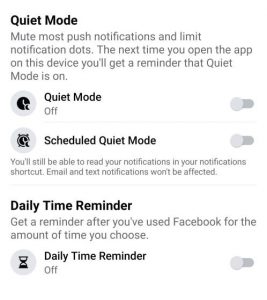 While Facebook’s general pages like Home, Messages, Groups, etc remain the same, it seems to have revamped the Time on the Facebook section. It’s a digital well-being kind of section which lets users see how much time they’re spending time on Facebook, and realize what better things can be done. Further, there’s a new Quite Mode feature added, which may silent the notifications after a set interval for peace.