Google Camera is one of the most used camera apps in Android for its benefits. Google has refined its native imaging app in many ways to date, and now with a hands-free video recording solution. In the updated Camera app version 8.2.204, users can press and swipe the record button left to continue recording and swipe up to zoom in.

Google’s Camera has everything that a modern camera app should have. From Portrait to Night Mode to HDR, it has all the features to make it an interesting alternative to system default apps. The maker has even created a lightweight app called Google Camera Go, which supports Night Mode and HDR.

Now, it’s adding yet another functionality to the main Camera app to let users record videos quickly and more easily. In its latest update taking the app’s version to 8.2.204, Google added support for a hands-free video recording. While this still needs little gestures from you, it makes the process faster and better than earlier. 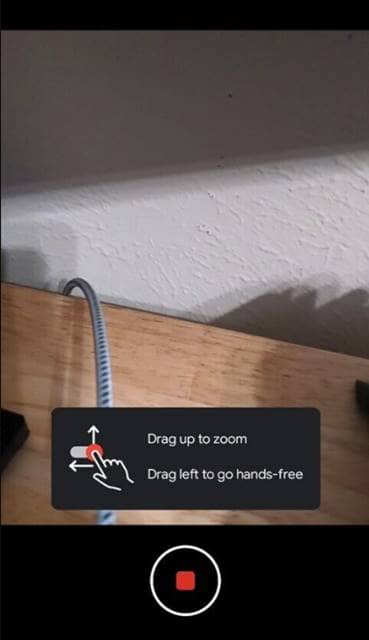 Also Read- How to Install GCam 8.0 Mod on Any Android Device

Thus, it wouldn’t necessarily need your finger to stick on the button and let you focus on other things outside. Tapping on the capture button will stop the recording. Also, users can swipe up while on the capture button to zoom in on the video and swipe down to zoom out. Both these functions will be rolling in the new version of Google Camera and show up soon.