Reliance Jio is an epic company that’s run by India’s richest man, Mukesh Ambani. Starting as a free internet provider, Jio has grown as the biggest telecom company of India in terms of subscribers count. It amassed over 400 million subscribers within just four years of its launch. And now, it’s up with a new service, video conferencing. 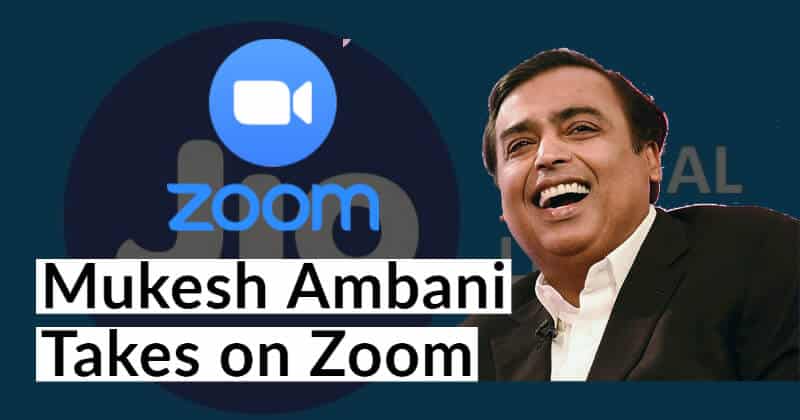 Called as JioMeet, the new video conferencing app from Reliance Jio was launched by Mukesh on Thursday. This comes at a critical time where most of the Indian population, just as others, are restricted to work-from-home methods citing COVID-19 breakout. Indians have relied much on foreign apps like Zoom, Cisco’s WebEx, Microsoft Team, Google’s Classroom, etc for online classes and business routines.

And the issues rose about security in Zoom and other apps have led the Indian government to ask local players to create a similar app. Thus, JioMeet. This service resembles Zoom in most features, but with more flexibility. It’s offered for free and supports a wide range of devices like Android, iOS, macOS, Windows, Chrome/Firefox browser, and even Outlook!

Surprisingly, there no limit on the number of calls that can be made, and the duration could be up to 24 hours long! It says the calls are encrypted but didn’t define which encryption technology exactly. Further, there’s no word on end-to-end encryption. JioMeet offers video conferencing in high definition (720p) quality and a limit of up to 100 subscribers at a time.

It gives the host complete control over the meeting, where he can create room at the scheduled time and invite others to join, create a waiting room, create a password for avoiding unauthorized entry, and share and switch on five devices simultaneously. Though it’s free to use now, it may change in the future.