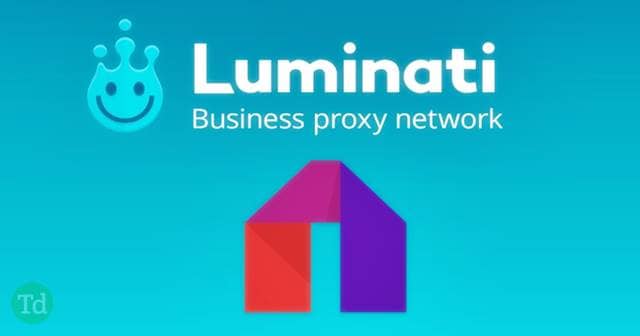 After the Eurojust announced the Mobdro network’s broken down last week, Luminati, a proxy service, has announced to cut ties with Mobdro. This is because the Luminati isn’t aware that Mobdro was using its network for illegal activities. Users participating in the Luminati network allow their IP addresses to be used as a proxy for others.

Mobdro is a popular IPTV service that is said to have made illegal profits of over five million euros to date. It allows users to stream live TV, movies, sports, etc., for free and is supported by ads. While it’s hard to track the ad sources of Mobdro, the platform allowed users to upgrade to a plan where they can avoid ads.

This is to join them in a proxy network and let others use their IP addresses to satisfy their internet needs. The network in question was Luminati, which too is a popular proxy service provider serving Fortune 500 companies. Though Luminati is being used for legal reasons, past researchers believe the network was used to launch DDoS attacks.

In special, Luminati’s residential proxy network lets users use an IP address of another person’s device for all their internet activity. This masks their online identity and helps them bypass the blocked content and, in other cases. But, how does Luminati gets those trusted IP addresses? Luminati has mentioned in its EULA that any user joining the network voluntarily shall have their IP address used for other purposes. 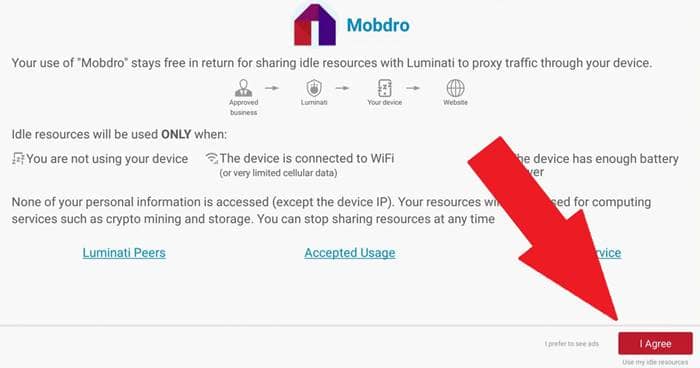 And this is how Mobdro cashed on its free users. All those Mobdro users who agreed singing up to Luminati’s proxy network are allowed to stream Mobdro’s content without ads.

This is more of cheating since Mobdro hasn’t informed its users what exactly happens in the background. Thus, after hearing Mobdro’s breakdown last week, Luminati has come up with a statement.

Luminati’s CEO Or Lenchner informed TorrentFreak as the company.

“is not currently and has not been in any way involved in the law enforcement investigation against Mobdro. In fact, we were not aware of the reported investigation until recent press coverage.”

Further, “We have zero tolerance to illegal activities. When it came to our attention that Mobdro (a publisher which was using our commercial SDK) had been subject to a law enforcement investigation for alleged copyright infringement, we suspended their right to use our SDK.“