Mega, the popular cloud storage service has just released its latest transparency report, detailing the statistics of its performance during the 2020-21 period.

In its report, Mega noted that its userbase grew to over 230 million users in 200 countries, housing over 107 billion files all over. The platform also boasted of its quick actions against copyright infringement notices, by suspending over 140,000 accounts.

Starting in 2012 after the demise of Megaupload, Mega cloud gained few users housing just 0.6 million files in the very first year. This increased to A massive 3.6 billion the very next year, 63.8 billion in 2019, and 84 billion in 2020.

Now, the cloud platform hosts over 107 billion files, from over 230 million users spread across 200 countries. These numbers are unveiled in its latest transparency report, released up to September 2021. Mega’s storage supports end-to-end encryption, which attracts many privacy enthusiasts to get onto it.

But, this is also seen as a means for hosting copyrighted files and sharing them with others for free, just like its predecessor Megaupload. To counter that, Mega started a five-count strike earlier and reduced it to a three-count strike in 2015.

Under this, the platform will ban the account if it’s reported thrice in any given 6 months. And it’s working perfectly as per its report. In the last 12 months, Mega has received over 2.3 million takedown requests from copyright holders and banned over 144,813 users for repeated infringement.

Though the number of takedown requests is growing, up from 1.2 million the previous year, they’re still very low considering the number of files stored in its servers. In Q3 2021, Mega has taken down 0.0007% of files from a total of 107 billion files stored.

Mega also boasted about the reduction in the number of counternotices appearing, as it fell down to 13 from 20 the previous year. Also, all of them are not contested by original complainants. Here’s the full transparency report for more details. 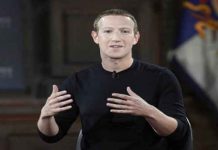 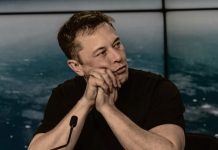