To help users identify better of spam callers, Truecaller has added new features in the Android to detect how active the spammer is. This includes giving detailed statistics of the spam caller’s frequency recently, how many members have reported spam, and his peak calling hours. These reports may help the receiver be more informed about incoming spam calls, thus avoid.

Truecaller has grown to be one of the essential apps to house in almost every smartphone today. The platform has grown from being a directory of callers to block spam callers and even as a payment mode, which though received backlash in India. And now, improving its core functionality, the caller identification service has added a statistical feature to let users make better-informed decisions. 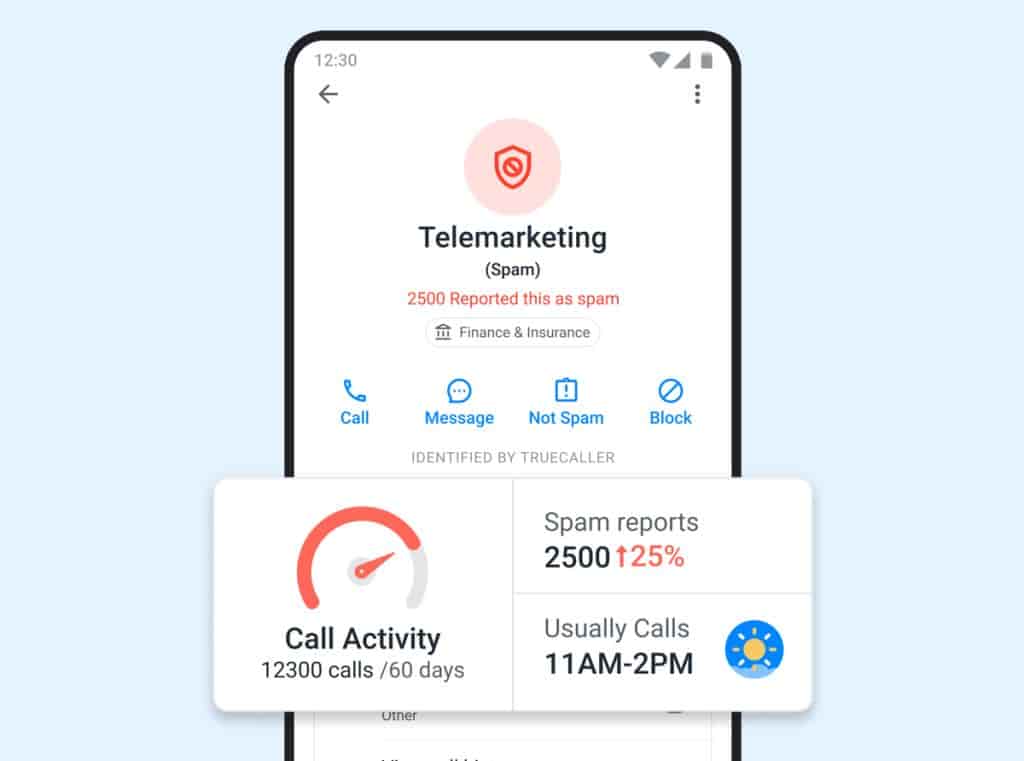 The new update to Android app includes a statistics board on the caller ID, where it tells the caller’s activity like how many times he had called in the past two months, number of people who reported the number as spam, alongside the percentage of increase in those reports, and peak calling hours like when he’d be calling mostly.

This detailed dashboard will be available to not just those who were reported spam by others, but also to every number. Truecaller says to bring this statistics information to the Live Caller ID, like onto the screen whenever there’s a call incoming. This helps users (receivers) to avoid/block those calls in advance, thus not falling in prey for them.

While the spam callers activity is tried to bring onto Live Caller ID, the others numbers statistics can be checked in the app only. Truecaller has rolled out this feature to its website back in April this year and now pushed to Android.