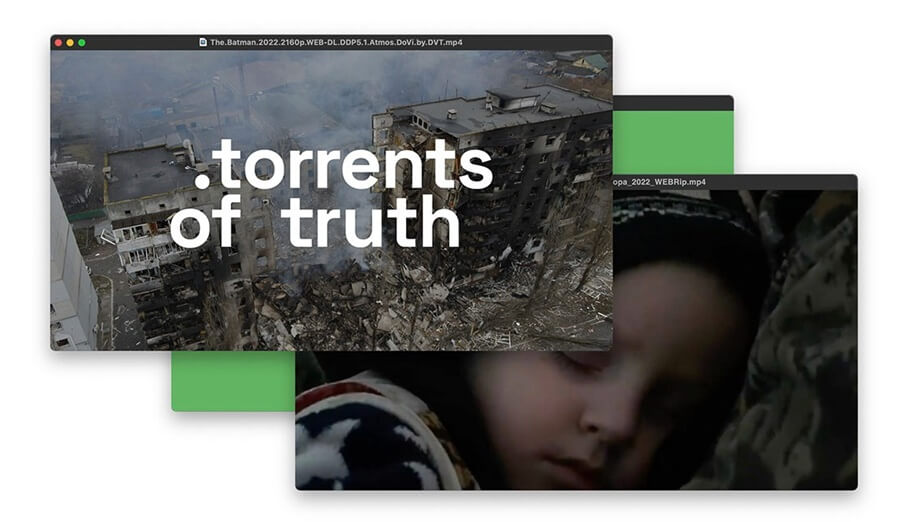 To let Russians know the actual happenings in Ukraine, a group of cyber activists is bundling the facts with piracy media and seeding them to Russian pirates through torrents.

Named the Torrents of Truth, this campaign is aided by volunteers who’re seeding these torrents aggressively in popular torrent files. And since Russia is allowing the free passage of piracy due to western sanctions, this campaign has the better ground of reaching more people easily.

Since the Russian media is one of the highly censored in this world, cyber activists from Ukraine have found a new way to make Russians learn about the happenings of war. And it’s through torrents!

With major western entertainment being banned in Russia due to sanctions, the government has openly let its citizens access pirated content to keep themselves entertained amidst the war.

This gave a smooth ground for the bunch of Ukrainian cyber activists, who’re reaching Russians through the torrents of pirated content on popular pirate platforms. They’re seen bundling videos and text files of uncensored media along with pirated movies or TV shows and seeding them aggressively for Russian pirate users.

Offering the promised pirated content will help them evade spam so that they won’t be blocked or flagged by downloaders as fake. While some files contain media, some contain instructions on how to access the uncensored media through VPNs.

This campaign was named as “Torrents of Truth” and is similar to “Call Russia” – where Ukrainians can randomly call a Russian citizen and listen to the truth they say. Though this was eventually mapped and blocked by the Russian government, the new torrent concept is hard to take down.

There are about 21 torrent files of such spotted appearing on popular pirate platforms, pushed by top seeders.