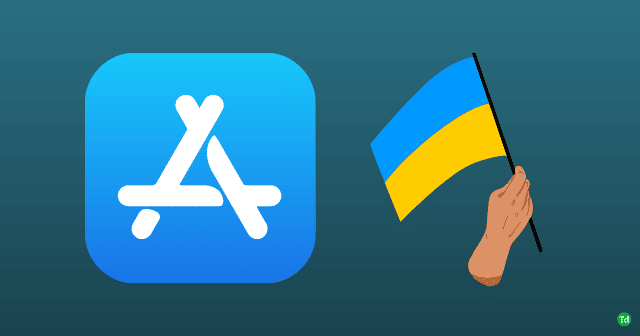 To stop Russia from invading, Ukraine is seeking help in all possible ways. One recent among them is asking Apple to stop its services in Russia.

This comes from the Ukranian Deputy Prime Minister, who sent a letter to Apple’s CEO asking the US company to stop Russians’ access to Appstore, and sales in Russia. A day before, Tim Cook said he’s deeply concerned about the Ukranian situation.

As we enter the third day of the Ukraine vs Russia war, Ukraine is pooling as much as help it needs. We’ve seen the country asking help from eligible hackers to serve the cyber needs of the nation amid ongoing crisis, and asking western nations to respond immediately.

Though the US announced economic sanctions against Russia from its side, that doesn’t seem to work. As Russia continues to penetrate and destroy Ukraine every day, the Ukranian Deputy Prime Minister is now asking the US company – Apple to respond with a ban in its favor.

I’ve contacted @tim_cook, Apple's CEO, to block the Apple Store for citizens of the Russian Federation, and to support the package of US government sanctions! If you agree to have the president-killer, then you will have to be satisfied with the only available site Russia 24. pic.twitter.com/b5dm78g2vS

As per a tweet he posted, the deputy has sent a letter to Apple’s CEO Tim Cook, asking him to block Russians access to Appstore, and hardware sales in Russia. This is in the hope of pressuring the nation’s citizens by cutting the supply of popular goods. He further wrote;

“We are sure that such actions will motivate youth and active population of Russia to proactively stop the disgraceful military aggression.”

Just a day before, Tim Cook said that he’s “deeply concerned” with the situation of Ukraine and that his company is ready to support the local humanitarian efforts. May Apple acting in favor of Ukraine is unknown, but it’s assumed not to be affecting much in this crisis.

The global banking network has already disconnected links with Russian banks, causing serious remittance issues and liquidation. Also, TSMC, the largest chip manufacturer is forced to stop serving its products to Russia on the order of the US. Though these are essential for Russia’s military movements and growth, the nation doesn’t seem to be affected as of now.