As found by WaBetaInfo in the latest Android Beta build, WhatsApp has removed the separation line between the chats, slightly changing the UI. While this minute change doesn’t make any big difference, why WhatsApp did is a mystery.

As the company is doing everything to retain its customers from shifting onto alternative platforms, this slight UI change could be a part of them.

WhatsApp has long been criticized for not being so innovative, while its rival platforms regularly pump new features.

Yet, WhatsApp is the world’s largest instant messenger with over 2 billion users. This success could be attributed to its simple UI and ease of use, where it doesn’t have many things to manage.

And now, the company is seen working on its UI, as WaBetaInfo reported a slight change spotted in the latest Android Beta client.

This is the removal of separation lines between the chat cells. While this isn’t a big revamp, the change can be noticed immediately. 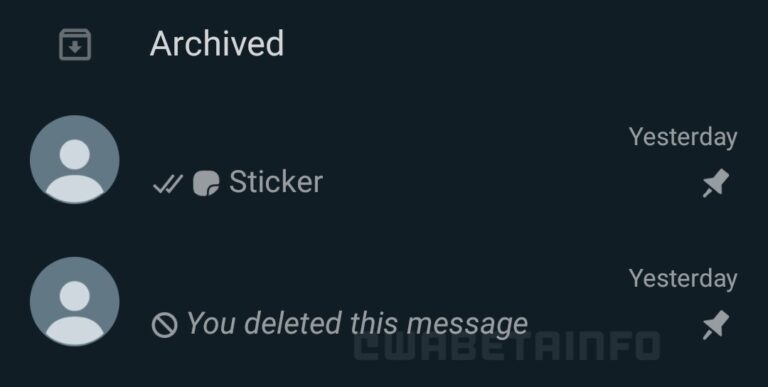 The line separators are actually helpful in differentiating the individual chat cells, but WhatsApp decided to remove them is unknown. As this is still an experiment from the Beta version, we may or may not see in the final stable build if the Beta response is negative.

Thus, wait until what actually happens. We hope WhatsApp makes this choice optional for users, as they can decide to have line separators or not form a dedicated toggle in settings.

Besides this minor UI change, WhatsApp is working on many functional features like Multi-Device support, phone call verification, etc.

The platform has recently surrendered to the community by waving off its restrictive practices on the non-acceptance of new terms.