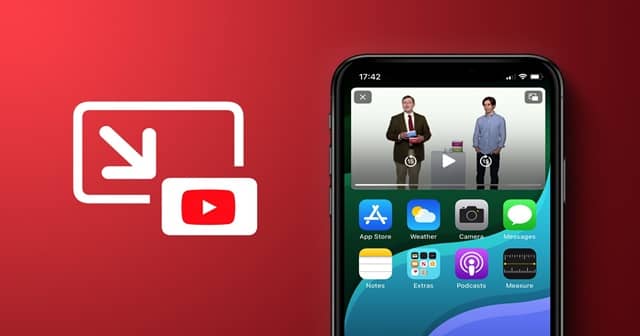 YouTube last year started testing the Picture-in-Picture (PiP) mode in its iOS client, and now decides to roll it out for all after testing enough.

YouTube said PiP support will be rolling out to its clients running on iOS 15+, in a matter of days. This will let users stream a YouTube video in a small floating window, that’s playing in the background and movable across the screen as desired.

Today, one of the most asked features for any streaming service is the Picture-in-Picture mode. It’s so wanted that, there are workarounds to enable this feature in not just mobile clients, but also in Windows. So it should be a wonder that popular software like iOS and widely used video streaming platforms like YouTube missing it.

As it’s requested frequently by the community, YouTube in June last year announced bringing this support to its iOS client and been testing ever since. Though it said it’d be rolling to all users when ready, YouTube covered this feature only for premium users in the testing phase.

And when everything’s thinking it will only be allocated to premium class, the platform today confirmed rolling to all iOS 15+ users in a matter of days. This comes in the form of a reply to a user on Twitter, who shared his confusion about losing the feature in his experiments section.

I was using experimental Youtube Picture in Picture but i got notification that its no more an experimental feature. Assuming that its now a default feature, I accidentally turned on another feature and now my PIP is gone. I am unable to restore it. Help! @YouTube @YouTubeIndia

For eight months, YouTube has been going back and forth in committing this feature to iOS. It’s said that sometimes the Picture-in-Picture mode is used to play only in the Safari browser (through the YouTube website), forcing users to try shortcuts to make it work properly.

But with today’s confirmation, users don’t need to apply any workarounds to experience this support. When it’s made available to all iOS users worldwide, you’ll be able to play a YouTube video in a small movable window, with controls for play, pause, next, previous, and exit options.