Helping users on all different platforms, Microsoft has confirmed to bring the “Noise Suppression” feature in its Teams platform to macOS, Android, and iOS in early 2021. This support for filtering out the noise from video conferences was currently available in the Windows 10 platform and used machine learning to function. 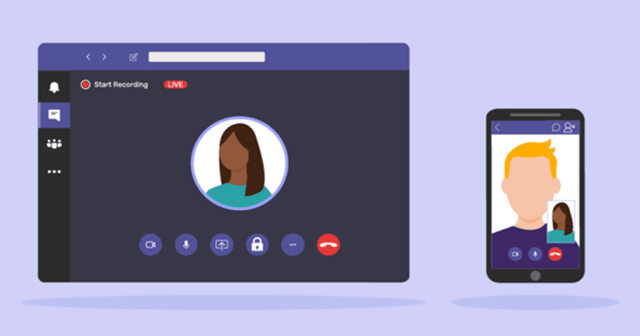 Microsoft Teams is one of those services which has gained rapid prominence in recent times. While most of this popularity is due to an ongoing pandemic, it’s also because of its useful features. The maker is continuously working to solve vulnerabilities and, at the same time, to add new features like custom wallpapers.

Out of many, it has got, Noise Suppression is an important feature that significantly helpful for users. Microsoft has used machine learning to form a neural network capable of identifying the disturbances to filter them out. As reported, it first takes the audio feed from your video and identifies sounds like fan rotations, door shuts, pen clicks, page shreds, etc.

After determining them as unwanted noises, it excludes them from the audio transported to others while only including the speech. And if you feel it’s cutting important voices, you can turn off this in settings or turn to Automatic Noise Suppression mode.

The identifying neural engine is trained on a dataset of 760 hours of clean speech and 180 hours of noise. It has also used sounds from 115,000 synthetically created rooms in different locations and data grouped from more than ten different languages from both male and female.

This algorithm is currently available in Microsoft Teams for Windows 10, and the maker has confirmed to bring this soon (early 2021) to other platforms like macOS, Android, and iOS. Once available, users can see this new feature in the drop-down menu of settings.