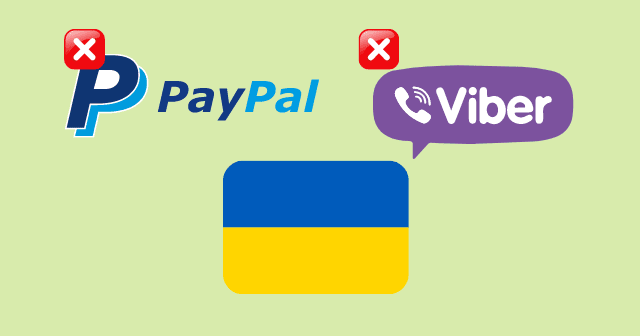 Besides fighting with arms on the ground, the Ukrainian government is constantly persuading the global tech giants to stop services supplied to Russia to pressure the invader in this war.

In this pursuit, the Deputy PM of Ukraine is seen asking PayPal and Viber to block their platform access to Russian citizens, citing Russia’s military authoritarian aggression. The minister has earlier asked Apple to do the same too.

Blocking Viber and PayPal in Russia

As the Ukrainian government is continuing its arms fight with Russia, it’s constantly seeking help in all ways possible. One among them is the requesting tech companies to block their services to Russian citizens.

And social media platforms like Facebook, Twitter, and YouTube ceasing a few features in the affected nations. While some of those pressuring seem to work, the Ukrainian government is now asking PayPal and Viber to join the movement in blocking access to Russian people.

We are constantly working on development of aggressor’s isolation! I’ve contacted the CEO of Rakuten (@Viber) and @PayPal on blocking their services in russia. Youth and thinking russians, you better wake up! pic.twitter.com/HUxlbhue6r

In his letter to those companies, the Deputy PM of Ukraine calls Russia’s actions “a deceptive and outrageous military attack,” and seeks help by blocking their platform access to Russian citizens.

This is in hope that “citizens of Russia to proactively stop the disgraceful military aggression.” What Rakuten (parent of Viber) and PayPal will do is unknown, but we’ve seen the global banking network already disconnecting with Russian banks earlier, making it hard for foreign currency liquidation.

And, heavy sanctions imposed by the US against Russia, may stop the country from getting stronger. Yet, Russia continues its war with Ukraine through all means. And we may see more hurt happening in near future.